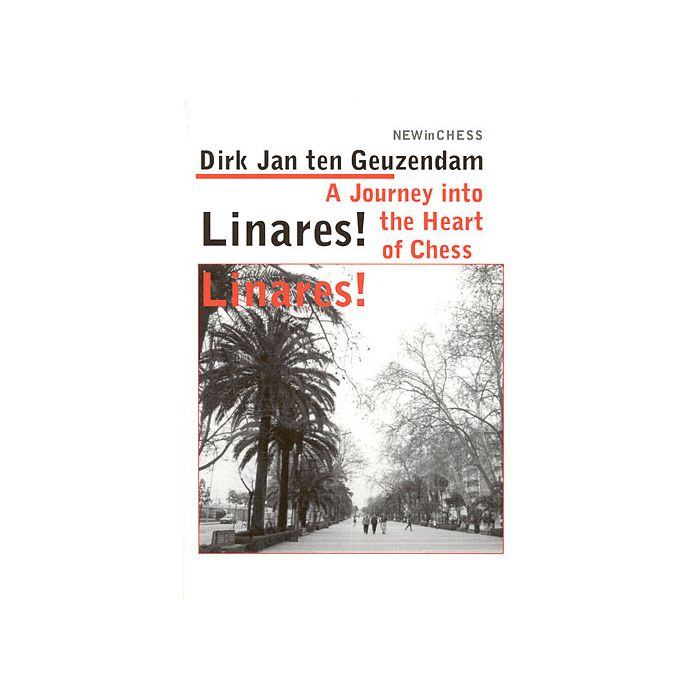 Once a year some of the world's sharpest minds gather in the Andalusian town of Linares. In the splendid isolation of Don Luis Rentero's hotel Anibal, the leading grandmasters of chess decide, as Garry Kasparov puts it 'who is who for the coming year'.

Linares! Linares! is the engrossing evocation of the games, intrigues and conflicts that have made the supertorneo a unique tradition.

Meet the players and the aficionados: Why does Vassily Ivanchuk have trouble praying when he is thinking of God? Was Gata Kamsky's orange juice really poisoned?

Why did Judit Polgar exclaim 'How could you do this to me?', when she confronted Kasparov in the lobby of the Anibal Hotel?

Was it a coincidence that general Juan Perea's son got married in Mexico on the day when Manolete was killed in the Linares bullring?

And perhaps the most intriguing question the author tries to answer: why does time come to a standstill in this provincial Spanish town when the chess players arrive?

John Henderson, The Scotsman:
"This must-read book on the Wimbledon of chess is nothing short of a gem. (..) For us, Dirk Jan ten Geuzendam, editor of the highly acclaimed New In Chess magazine, is the best chess journalist out there. He is to writing about the game what Gazza is to playing it: the undisputed No. 1."

C.P.Ravilious in Chess Magazine:
"Offers a unique blend of incident, character and setting. On turning the last page I was left with a powerful sence of the strangeness of life, the richness of human potential, and, not least, the inexhaustible fascination of the game of chess."

Simen Agdestein in VG:
"A book to be recommended to all chess enthusiasts."

John Saunders in British Chess Magazine:
"It is so rare for true journalistic skills and instincts, and a knowledge of chess, to come together in the same person. This is a superb evocation of a chess phenomenon, and the people who make it special."

Grandmaster Joel Lautier:
"It was quite thrilling to discover so many new facts about a tournament of which I thought I already knew everything."