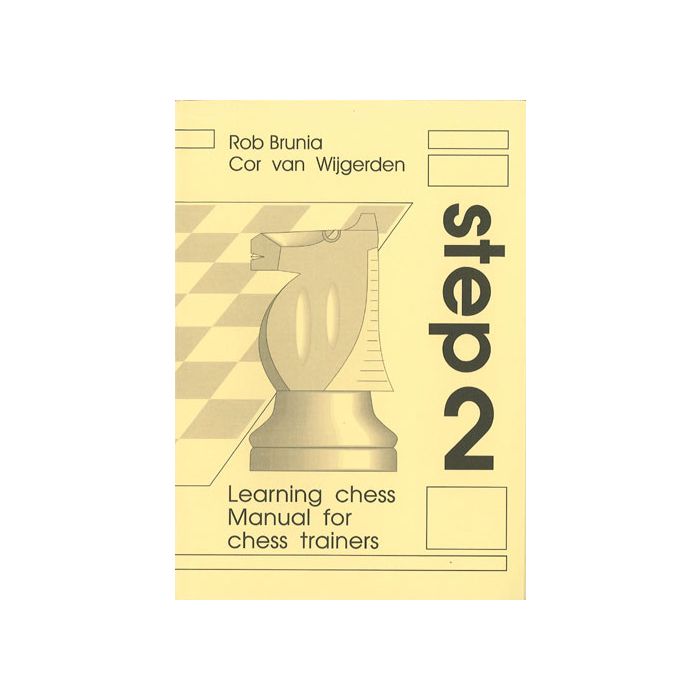 Step 2
The 'real' work begins in the second step. After the rules of the game and the basic skills from the previous step, the first principles of tactics and positional play are on the program now.
We are going to teach attacking techniques and how to win material in a clever way.

Tactics are very important in playing chess. The tactical possibilities seen by advanced chess players originate from good positional play; in the case of the students of step two they come out of thin air. At this level all games are decided by tactics, so it is logical to pay a lot of attention to this matter.

Positional play is still less important at this level than tactics. The problem is that to introduce even the most simple positional concepts is aiming too high. This introduction is made in the second step, but at the beginning it is better to point out the positional elements when analysing the children's games.

Manual Step 2 is a great support for the trainer, even if he is an experienced one. Ready made lessons, hints how to use the workbooks, how to give assistance, and so on. Almost everything is to be found there.