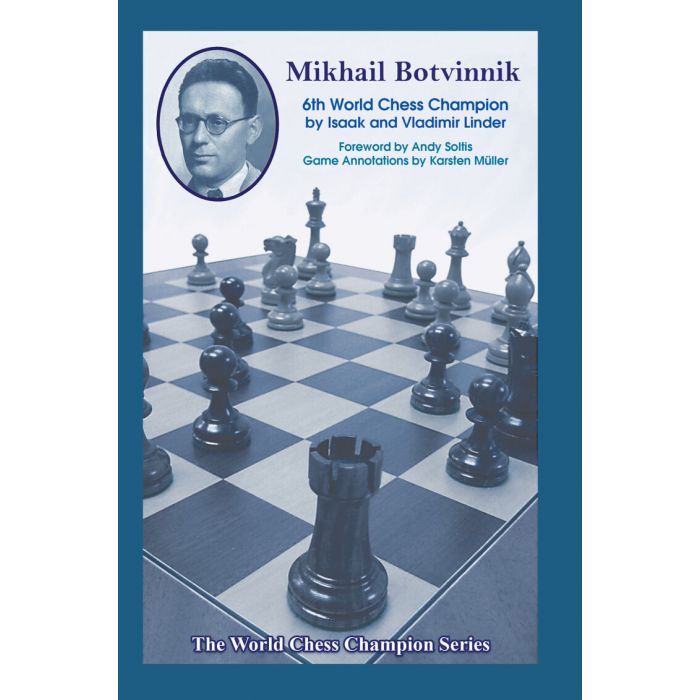 The Patriarch of Soviet Chess

From the mid-1930s to the early 1960s, one man towered above all other chessplayers. That was the sixth world chess champion, Mikhail Botvinnik. His calm, deep analytical approach, supplemented by careful attention to his mental and physical conditioning served him well throughout his career.

Now, in the sixth volume of the World Chess Champion Series by Isaak and Vladimir Linder,  you will learn all about the chess advances and achievements of the Patriarch of Soviet chess, about his life and scholarly pursuit, and his contributions to the various phases of the game – opening, middlegame and endgame.

Botvinnik was no less influential when he assumed the role of teacher. Graduates of his school included such powerful players as Garry Kasparov, Vladimir Kramnik, Sergei Tiviakov and Alexei Shirov.

This book presents almost 150 of Botvinnik’s best games and endings, with fresh annotations by German grandmaster Karsten Müller, along with crosstables and many archival photographs. We invite you on journey to explore the life and games of one of the greatest and most influential world champions ever.