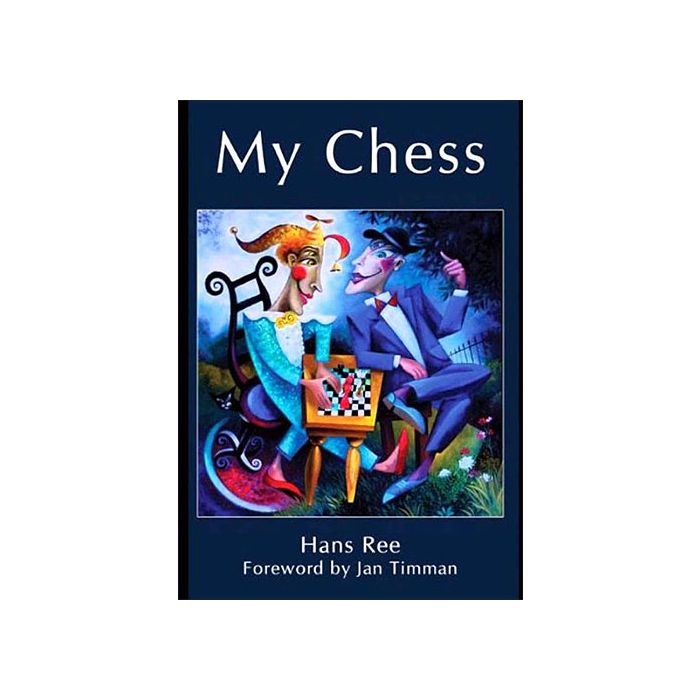 During his active chess career, Hans Ree battled with almost all the great chessplayers, including eight world champions, from Max Euwe to Anatoly Karpov. My Chess is not only about them, but also about other players and writers from the past who are admired by Ree.

This book gives a personal view of Ree's own world of chess, and therefore less prominent players also appear, such as  a schoolmate with whom he played an endless series of matches, or the anonymous "A6648," who played more than a half-million games on the Internet Chess Club.

In addition, the question is finally answered why the great Dutch author W.F. Hermans designed a chess set made of cigarette lighters, but did not want to play chess.

Though the game of chess and its practitioners are certainly not idealized, this book is in the first place, a loving description of a world brimming with striking personalities, and an inexhaustible source of stories.

Grandmaster Hans Ree (b.1944) is a four-time Dutch champion, and represented his country from 1966 through 1994 in every chess Olympiad. From 2001-2007, he was the wearer of the "Euwe Ring," an award for outstanding service to Dutch chess.

He writes about chess in NRC Handelsblad, New in Chess magazine, and on the American website russell-enterprises.com. Internationally he is considered to be one of the best chess writers of his era.

Jon Speelman, The Observer:
"A grandmaster, excellent writer and careful researcher who doesn't seek out controversy, but is equally unafraid to plumb the sometimes murky depths of chess politics, Ree is an ideal chess journalist."