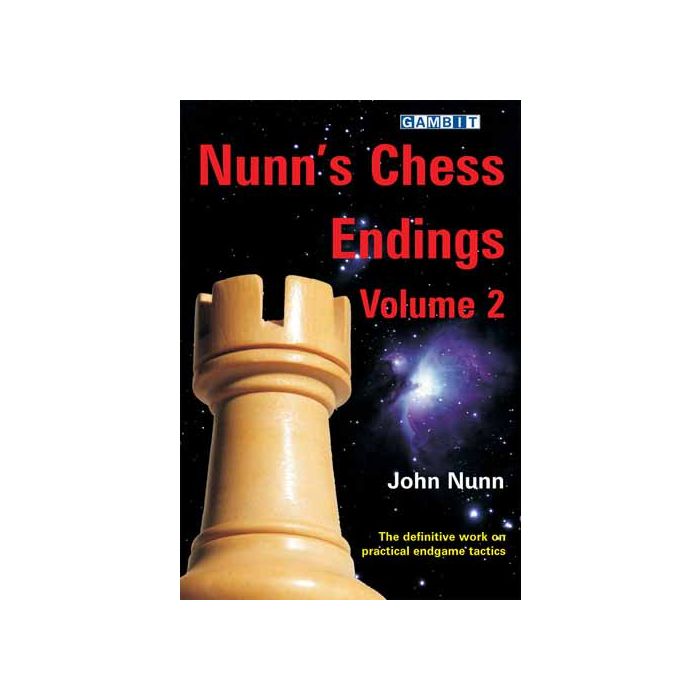 In this major two-volume work, renowned endgame theoretician John Nunn teaches the skills that are most important to success in practical endgames.

Going beyond standard texts, Dr Nunn shows how to apply knowledge of standard endgames to find the right methods in tricky real-life practical situations - even when they differ greatly from the idealized forms given by traditional endgame manuals.

Nunn shows that lack of familiarity with key ideas can cause important ideas and themes to be missed even by very strong players. We discover that a staggering amount of previously published endgame analysis is simply wrong, and that many of the standard guidelines are at best partially true.

This second volume focuses on rook endgames - the most common and important category of practical endgames. Nunn also covers endings with rooks and minor pieces, a wide and rich area of strategic endgame play that is universally recognized as vital for chess mastery, but nevertheless neglected in chess literature.

He is a much-acclaimed writer, whose works have won 'Book of the Year' awards in several countries. In both 2004 and 2007 Nunn was crowned World Chess Solving Champion, ahead of many former champions.