A complete repertoire for Black to counter 1 d4
Sample Pages 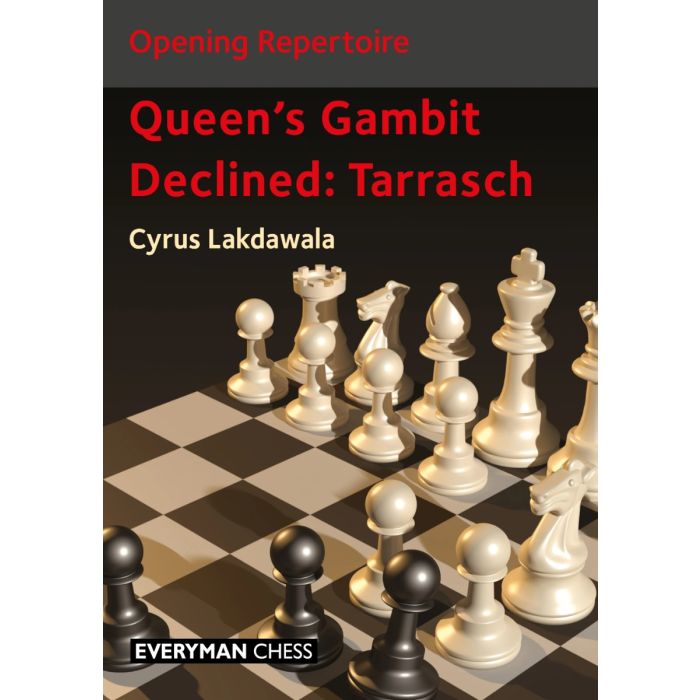 The Tarrasch Variation of the Queen’s Gambit Declined is a fierce counter-attacking line arising after 1 d4 d5 2 c4 e6 3 Nc3 c5. In this variation Black gains free and easy piece play but in return usually has to accept the structural weakness of an Isolated Queen’s Pawn (IQP). In the early development of chess theory this line was somewhat frowned upon due to the vulnerability of the IQP. However, Siegbert Tarrasch, after whom the opening is named, famously declared that, “he who fears an Isolated Queen’s Pawn should give up chess”.

The Tarrasch has had many powerful adherents over the years including the legendary Garry Kasparov who made much use of it in the early part of his career. In this book Cyrus Lakdawala guides the reader through the complexities of the Tarrasch and carves out a repertoire for Black, based on a modern treatment popularised by the Russian grandmaster Daniil Dubov. He examines all aspects of this highly complex opening and provides the reader with well-researched, fresh, and innovative analysis. Each annotated game has valuable lessons on how to play the opening and contains instructive commentary on typical middlegame plans.

The Art of the Tarrasch Defence

A Cunning Chess Opening for Black

Keep it Simple for Black