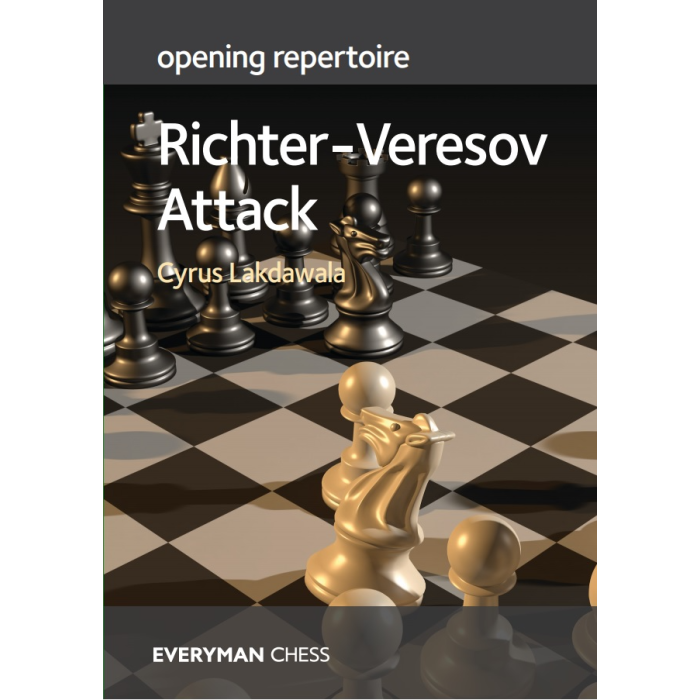 The Richter-Veresov Attack is characterized by the moves 1 d4, 2 Nc3 and 3 Bg5. It is a great system for players who want to take their opponents away from well-known theory, force them into unfamiliar situations and make them fight on their own resources.

There are various modern interpretations of the Richter-Veresov Attack which usual involve White playing f3 at some point. However, in this book, the highly experienced chess author and coach Cyrus Lakdawala focuses on the traditional treatment which generally eschews f3 in favour of more classical development with moves such as Nf3, e3 or even Qf3.

In Opening Repertoire: Richter-Veresov Attack, Lakdawala guides the reader through the complexities and carves out a repertoire for White. He examines all aspects of this highly complex opening and provides the reader with well-researched, fresh, and innovative analysis. Each annotated game has valuable lessons on how to play the opening and contains instructive commentary on typical middlegame plans.

The Veresov: Move by Move