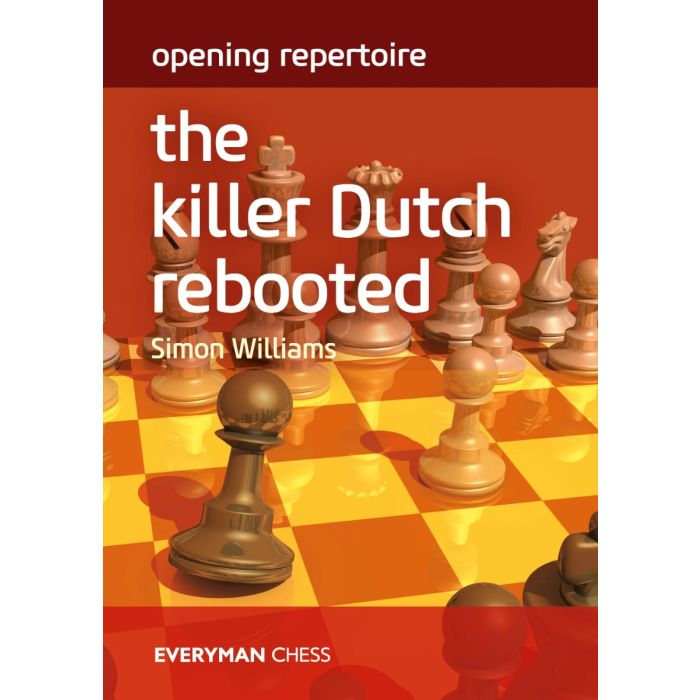 Simon Williams (the Ginger GM) is passionate about the Dutch Defence. He has played it all his life, knows it inside out and is considered one of the world's leading experts on this very dynamic Black counter. In this book he shares his extensive knowledge, holds nothing back and carves out a formidable repertoire for aggressive black players.

The great thing about the Dutch is that it solves several opening problems with Black. What to do against 1 d4? Play 1...f5! How to counter the English (1 c4)? Play 1...f5! again. What about the transpositional Réti Opening 1 Nf3? Yep. You've guessed it. Play 1...f5! Get the f-pawn to f5 and then plan to follow up with ...d6 and ...e5, creating a dynamic central pawn wall. If White doesn't counter accurately (and many players won't) this lays the foundations for a powerful middlegame kingside attack.

The Killer Dutch Rebooted is a swash-buckling opening that favors the brave and fearless chess player.

Williams is well known for his swashbuckling, attacking play and his entertaining and instructive commentary. He is your ideal guide to the Killer Dutch.

The Art of the Tarrasch Defence

Keep it Simple for Black