A Favourite of Many Grandmasters
Author
Tigran Petrosian
Sample Pages 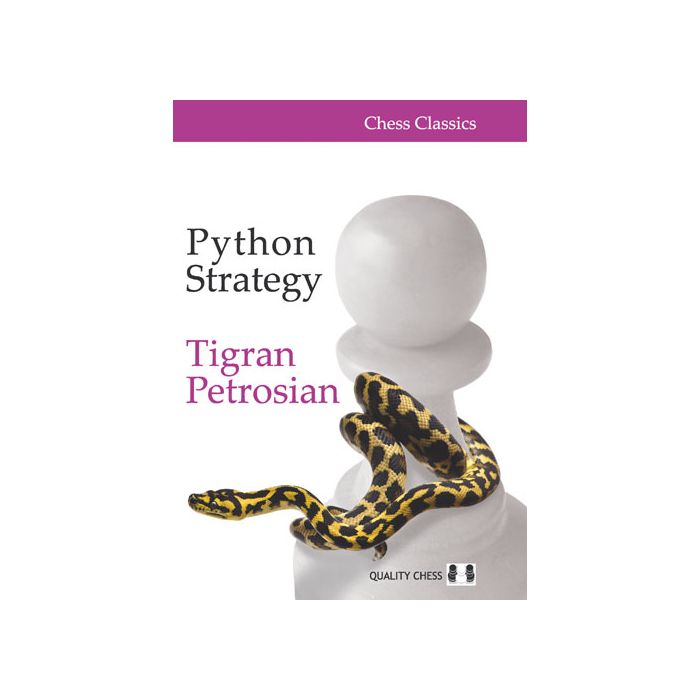 Tigran Petrosian is a titan of chess history.

All agree he was a genius of strategy, defence and sacrifice, but didn’t he take too many draws?
Possibly so, but when Petrosian selected and annotated his best games, that flaw disappeared, leaving only brilliance and profound chess understanding.

As Garry Kasparov said: “My games with the 9th World Champion broadened my understanding of chess. Had it not been for these two defeats, I would possibly not have reached the top in chess.”

This book is an English translation of a Russian classic that is a favourite of many grandmasters, including Mihail Marin and Levon Aronian.

A literal translation of the Russian title might be ‘The Strategy of Soundness’ but Python Strategy is a better fit for Petrosian’s more ambitious games.

As another World Champion, Max Euwe, once wrote: “Petrosian is not a tiger that pounces on its prey, but rather a python that smothers its victim.”

Tigran Petrosian was World Champion from 1963 to 1969, as well as a superb team player for the Soviet Union. In Olympiads he won nine team gold medals and six individual gold medals, winning 78 games, drawing 50 and losing just once.

NOTE: If you have the old Pergamon books from the early 1990s, called 'The Games of Tigran Petrosian, Volumes 1 and 2',  then maybe you don't need this new book, as the old Russian annotations may be familiar.