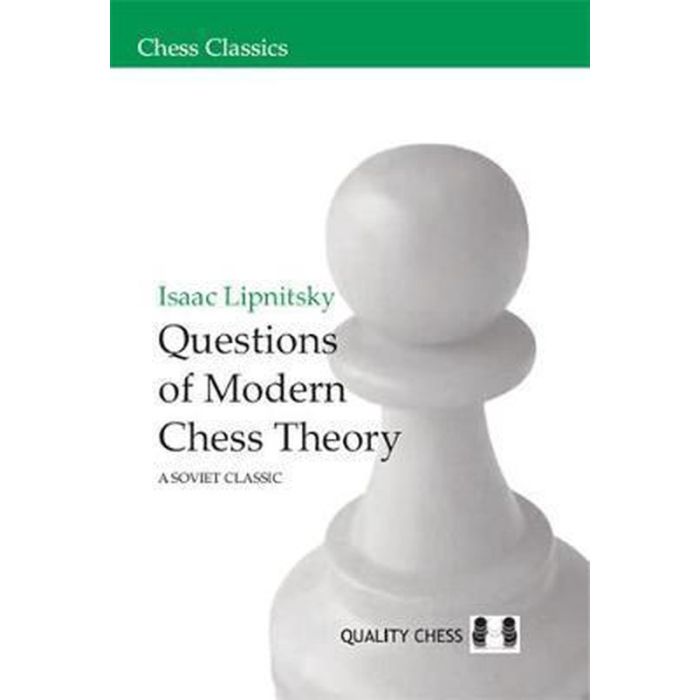 Questions of Modern Chess Theory is the lost masterpiece of Soviet chess literature. It was written by a double Ukrainian Champion, and published in the Soviet Union in 1956.

Russian experts say it is one of the most influential chess books of the 20th century, yet it has never been published in English.

Questions of Modern Chess Theory has been edited to make it useful for the 21st century and is now accessible for the first time to an English-speaking audience.

Isaac Lipnitsky was a major player on the Soviet chess scene just after World War Two, strong enough to take the scalps of Keres, Smyslov and Petrosian. He would no doubt have been a household name had he not tragically passed away at a young age in 1959.

Lipnitsky writes about general opening principles, important strategic ideas in playing the centre, on initiative, gambits and on many other things. This book is the missing link between Nimzowitsch’s 'My System' and chess today, updated for the 21st century.

Included in the book is also a game collection of Lipnitsky (12 games) with notes by the man himself.

From the foreword by Anatoly Karpov:
" "Lipnitsky recommends...", "in Lipnitsky's view..." - we find such utterances in the works of Botvinnik and Fischer. What then is so special about it? In a striking, indeed fantastic way, it is the reverse of the banal. There are some books whose authors strive to convince you that two and two makes four and the Volga flows into the Caspian Sea. And then there are some books that stimulate thought."

Bernard Cafferty, British Chess Magazine:
"This superb book had a high reputation in the Soviet Union and with good reason (..) The work will convince a wider audience of the deep thought Lipnitsky devoted to top-level chess and its technique."

Martin Rieger, Europa Rochade:
"The author doesn't need many pages of tiresome exposition to make his point. He explains complicated chess theory in no time with excellent game examples and clear and logical language."

Sam Collins, ChessToday:
"As ambitious as 'My System', but much less abstract (..) Any reader will find a lot of useful material they never came across before."