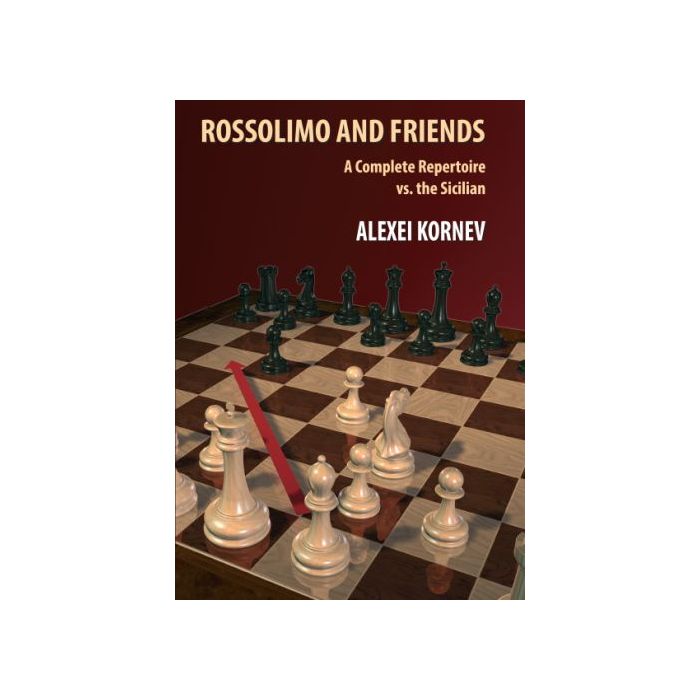 About / Rossolimo and Friends

Every chess player, who begins his games with the move 1.e2-e4, should be perfectly prepared to encounter the move 1...c7-c5.

Why is this opening so dangerous for White?

The point is that in all the basic variations of the Sicilian Defence the fight is double-edged and often White risks at least as much as Black does. White is practically deprived of the possibility to simplify the position by numerous exchanges.

In almost all the variations of the Sicilian Defence an enormous amount of theory has been amassed and not all the chess fans can afford to spend so much time and efforts in order to learn the endless variations in all the main lines.

Accordingly Alexei Kornev decided to choose systems which did not require phenomenal memory from the White player, but were based on sound positional basis.

The Rossolimo Attack and the Moscow variation are analysed in the first and the second part of this book and they both satisfy perfectly these criteria.

As theoretical material they are not so huge as the Najdorf variation, the Chelyabinsk variation, or the Rauzer attack. On the other hand White’s play is very sound from the positional point of view.

He wishes to develop his pieces as quickly as possible. He exchanges in numerous variations his light-squared bishop, which later may turn out to be “bad”, because White’s e4-pawn is placed on a square of the same colour.

In the third part of the book, numerous second moves for Black are analysed, besides 2...Nc6 and 2...d6 and no doubt, the most dangerous move for White is 2...e6. Against this move Kornev has suggested the quite modern move in the last several years – 3.g3. You should accept as a proof of its strength the fact that Magnus Carlsen plays often like this.

Alexei Kornev is an international grandmaster and coach. In 2001 he took the silver in the Russian Cup Final. He is also the winner of a number of international tournaments.