Sacrifice and Initiative in Chess - eBook

Sacrifice and Initiative in Chess - eBook

Seize the Moment to Get the Advantage
Author
Ivan Sokolov 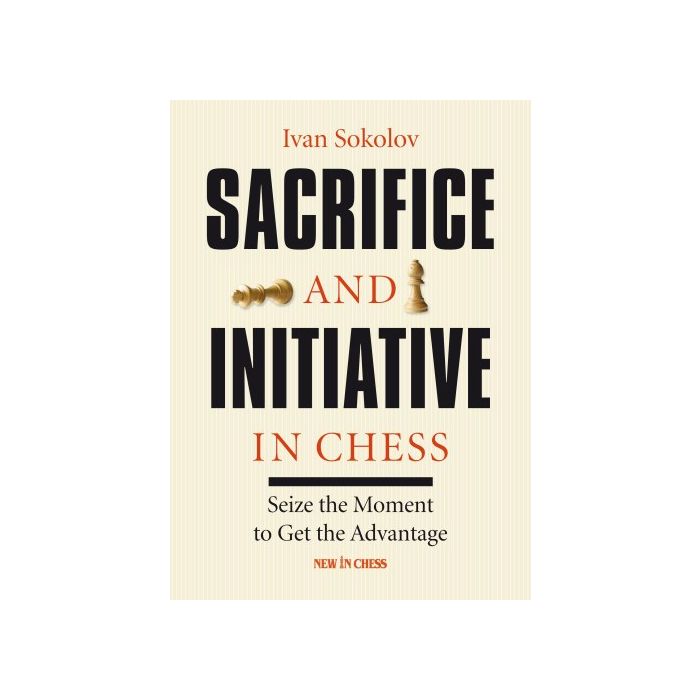 Sacrifice and Initiative in Chess is an entertaining and instructive guide, packed with useful advice and sparkling examples

The sacrifice is one of themost beautiful and complex elements of chess. Giving up material in order to get an advantage is often the most difficult decision a player has to take during a game. It can also be the most rewarding.

Ivan Sokolov, a true grandmaster of attack, presents a set of practical tools that will help you to master the art of the sacrifice. He concentrates on the aim you are trying to achieve, and he teaches you how to develop your intuition and how to arrive at a reasonable risk assessment.

A sacrifice, Sokolov argues, is the natural product of the initiative. This explains why the author devotes a substantial part of the book to this most elusive element of our game. With great clarity he teaches when the initiative is at stake and how you should grab it.

Ivan Sokolov is an International Grandmaster who was born in Bosnia in 1968 and rose to the number 12 spot in the FIDE world rankings. He was Yugoslav champion in 1988 and Dutch champion in 1995 and 1998.

In his rich career Sokolov has beaten world chess champions Garry Kasparov,Vladimir Kramnik and Viswanathan Anand. His previous books The Strategic Nimzo-Indian, The Ruy Lopez Revisited and Winning Chess Middlegames were widely acclaimed bestsellers. At the 2013 European Team Championship in Warsaw Ivan Sokolov won the Gold Medal for the overall best performing player, with a TPR of 2941.

Uwe Bekemann, German Correspondence Chess Federation:
"The material this book contains will make it a classic (..) Studying it is fun. Sokolov convinces because he does not simply dish out a parade of examples of sacrifices, but presents complete view on initiative, sacrifice and other elements."

Dennis Monokroussos, The Chess Mind:
"Ivan Sokolov may be the strongest active player writing books on middlegame theory, and the quality shows (..) He writes and analyses with great enthusiasm and expertise and the attentive reader will not just be entertained by the great games, he'll be educated as well."

British Chess Magazine:
"One of the best practical guides ever written."

Sam Collins, Chess Today:
"The structure is well thought out and makes the material easier to digest (..) The book shines in Sokolov's constant attempts to explain rules and principles (in particular the 'attacking ratio', which dominates most examples) coupled with stories about particular games or concepts."

The Judges of the ECF Book of the Year Award:
"A delightful book that both instructs and entertains at the same time."

Hans Ree, NRC Handelsblad:
"Presents not just rules of thumb but also specific insights that had never crossed my mind."

Sean Marsh, CHESS Magazine:
"One of the reasons I like this book is Sokolov's use of firsthand anecdotes (..) A very well-written and highly instructive book."

John D. Warth,Chess Club of Southern Indiana:
"One of the book’s strongest chapters deals with ignoring our opponents’ threats by creating counter-threats of our own (..) 'Sacrifice and Initiative in Chess' is a thought-provoking a