Its Past, Present and Future
Author
Gennadi Timoshcenko
Sample Pages 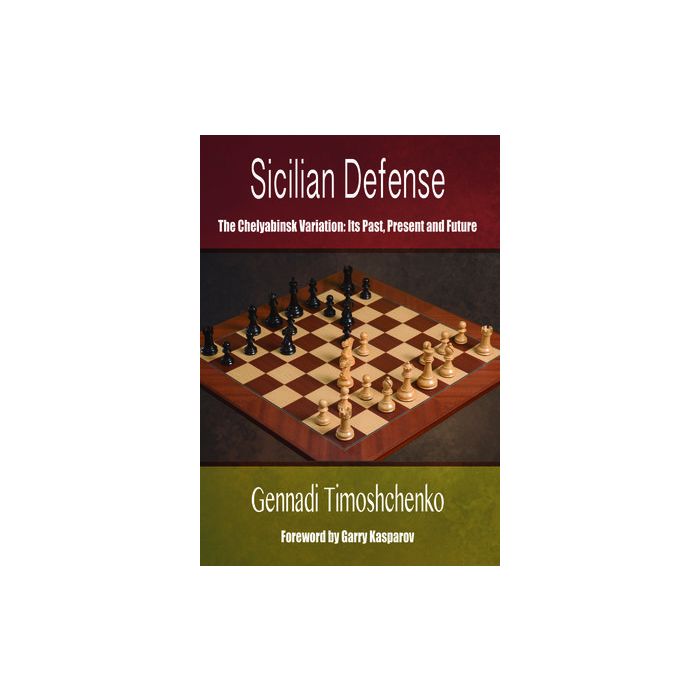 One of the most popular – and intriguing – variations of the Sicilian Defense is the so-called Chelyabinsk Variation. In the West, it is known as the Sveshnikov Variation, while older opening monographs may refer to it as the Lasker-Pelikan Variation. It is called the Chelyabinsk Variation in Russia. It is the variation that arises after 1.e4 c5 2.Nf3 Nc6 3.d4 cxd4 4.Nxd4 Nf6 5.Nc3 e5.

Once dismissed by theoreticians as “anti-positional,” it is now common at all levels. In this monumental work, grandmaster Gennadi Timoshchenko, one of the creative founders of the entire line, puts the entire variation into both a personal and historical perspective and then examines the theory and practice of this line in great detail.

Extraordinary analytical depth, cross-checked by strong engines, is complemented by historical and biographical perspectives to make this a truly unique opening manual. Regardless of what name you give it, Sicilian Defense: The Chelyabinsk Variation will provide you with a powerful weapon against 1.e4.