Tactics in the Chess Opening 1

Tactics in the Chess Opening 1 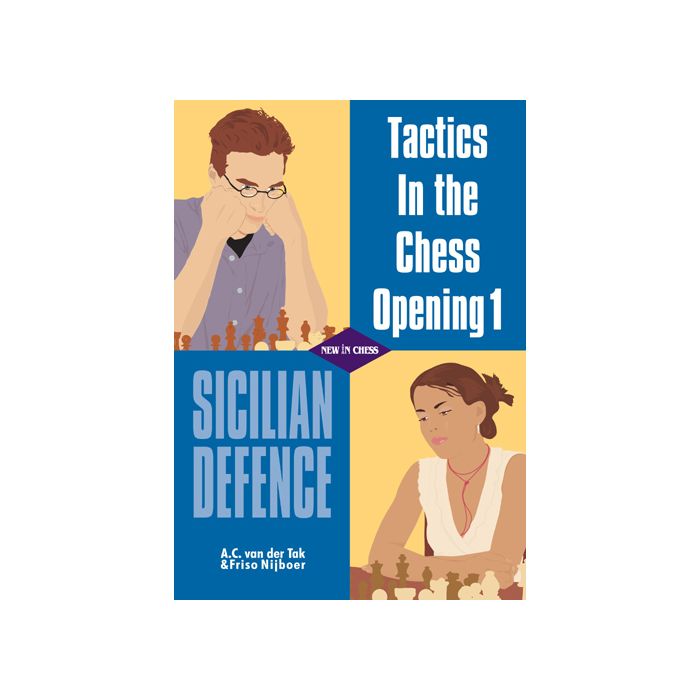 About / Tactics in the Chess Opening 1

Every chess player loves to win, but nothing compares to winning with a flourish. How happy we are when the tactics work and we decide a game with a cunning trick, a devilish trap or a delightful coup de grâce.

The Sicilian is one of the sharpest and most popular chess openings and offers endless possibilities for players looking for fireworks. It’s not for nothing that among the most loyal fans of the Sicilian we find tactical geniuses like Garry Kasparov, Bobby Fischer and Judit Polgar!

In this book you will find more than 250 carefully selected and expertly annotated Sicilian games full of unexpected turns and brilliant surprise attacks. You can study these games or just enjoy them, but either way they will end up making you a stronger player!

A.C. van der Tak is widely respected as an authority on opening theory. Friso Nijboer is one of Holland’s most active and most experienced grandmasters. He has played in countless national championships and was one of the topscorers of the Dutch team that won the European Championship in 2001.

Jeremy Silman, author of 'How to Reassess Your Chess':
“Lots of opening ideas that can be assimilated by everyone.”

Thomas Behrens at Schach-Ticker (Germany):
“Very suitable as a training book for youngsters. Kids will be thrilled with the fine tactics and will, while going at it, automatically absorb some of the strategic backgrounds.”

IM John Watson, The Week In Chess:
“A high quality product that is particularly appropriate to give the average club and tournament player an overall grasp on the dangers and opportunities available in a given opening.”

Rick Kennedy, ChessVille:
“A very enjoyable book that will teach as well as entertain. The games tend to be sprightly educational miniatures.”

Schaakmagazine (Netherlands):
“Many of the games can be studied without a chess board and pieces.”

Paul Motwani in The Scotsman:
“All players who wish to hone their chess skills would do well to invest in a copy of Tactics in the Chess Opening 2, an excellent New In Chess book. (…) What an irresistible feat of attacking play.”

IM John Donaldson:
“The annotations are to the point, detailed but not so much as to lose the reader. This book should be a pleasurable way for those below 2200 to master the fundamentals of tactical play in semi-open games.”