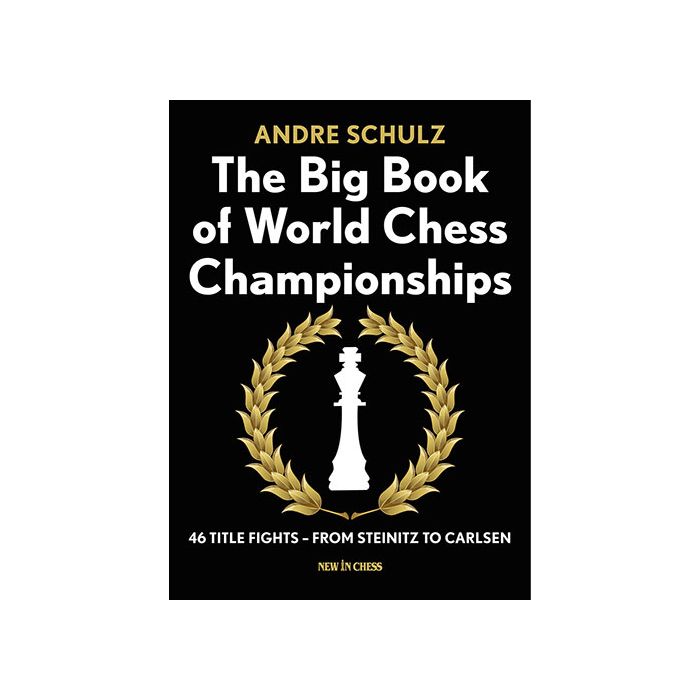 Wilhelm Steinitz, the winner of the first official World Chess Championship in 1886, would have rubbed his eyes in disbelieve if he could have seen how popular chess is today.

With millions of players all around the world, live internet transmissions of major and minor competitions, and  educational programs in thousands of schools, chess has truly become a global passion.

And what would Steinitz, who had financial problems his whole life and died in poverty, have thought of the current world champion, Magnus Carlsen, who became a multi-millionaire in his early twenties just by playing great chess?

The history of the World Chess Championship reflects these enormous changes, and Andre Schulz tells the stories of the title fights in fascinating detail: the historical and social backgrounds, the prize money and the rules, the seconds and other helpers, and the psychological wars on and off the board.

Relive the magic of Capablanca, Alekhine, Botvinnik, Tal, Karpov, Kasparov, Bobby Fischer and the others!

Andre Schulz has selected one defining game from each championship, and he explains the moves of the Champions in a way that is easily accessible for amateur players.

This is a book that no true chess lover wants to miss.

Andre Schulz is a respected German chess journalist. He is the editor-in-chief of the ChessBase newssite.

Karsten Müller, author of ‘Bobby Fischer, The Career and Complete Games’:
“I like the selection of the games and the explanations are easy to understand and to the point. But the best part is how the story is told, complete with historical backgrounds and lots of anecdotes.”

Walter Eigenmann, Glarean Magazin:
“A new, entertaining and well-structured chronicle, suitable for all those chess friends who are more interested in real stories than in dry opening theory.”

John Watson, The Week in Chess:
"I enjoyed the book immensely."

Martin Breutigam, Berliner Tagesspiegel:
“Chess journalist Andre Schulz’s story covers a lot of ground over a wide period of time and is full of interesting facts and assessments.”


Uwe Bekemann, Deutscher Fernschachbund:
“Schulz handles his material very well and his style is that of a historiographical narrator. An excellent documentary book that every chess player should have who is not just interested in the game itself.”

Matthew Sadler, author of 'Chess for Life':
"I read it from cover to cover with great pleasure."

Daniel King, creator of the Power Chess DVD Series:
"These colourful personalities, it is fascinating to learn about their lives (..) With all kinds of gossip that was new to me. A very entertaining book."

Florian Jacobs, Max Euwe Centre Amsterdam:
"All the matadors get the attention they deserve, there is a considerable number of pictures and every few pages there is a really wonderful anecdote."

B.H.Wilders, Nederlands Dagblad:
"A splendid book (..) They used to say: this book belongs in your library -- and I am saying that now."

Chris Wainscott, ChessIQ:
"From Steinitz playing for reduced fees when proper stakes could not be raised by his challengers to the lights going out on Anand and Topalov this book covers historically interesting facts pertaining to the matches. This book also does a good job o