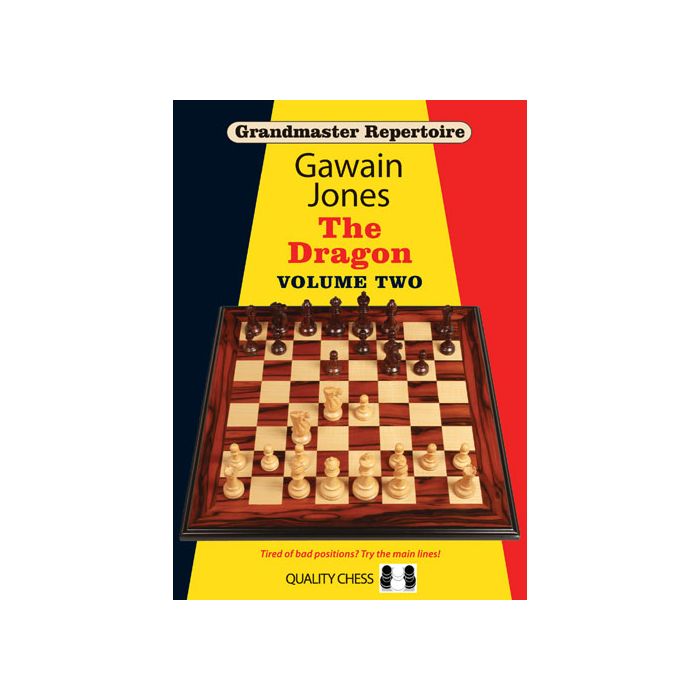 The Dragon is one of the most thrilling chess openings and a favourite of attacking players.

But can this sharp and provocative system still be played in the modern era?

In this two-volume work, the world’s strongest Dragon specialist guides you through the Black repertoire he has played successfully against world-class opposition.

Drawing on his deep understanding as a lifelong Dragon exponent, Jones explains the key concepts and supports his recommendations with cutting-edge analysis.

This volume deals with the 9.0–0–0 variation of the Yugoslav Attack, along with the Classical and White’s various other tries.