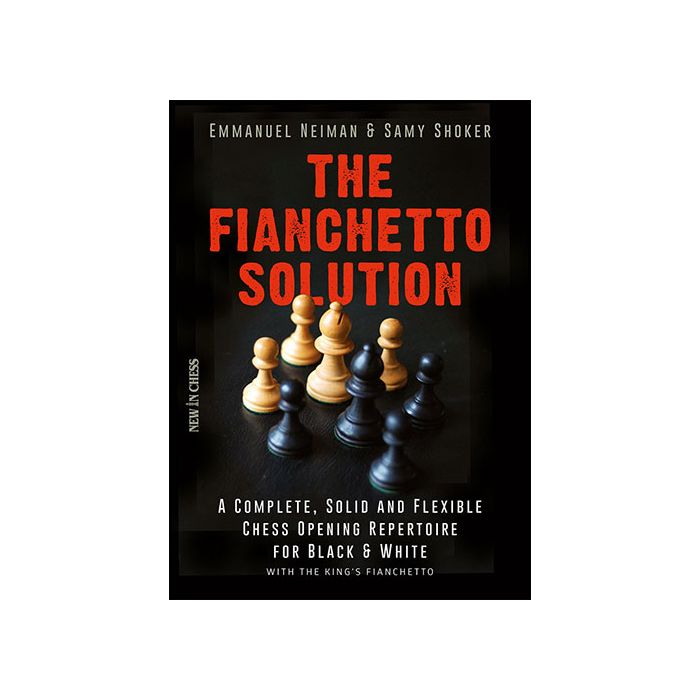 A Complete, Solid and Flexible Chess Opening Repertoire for Black & White ­ with the King’s Fianchetto

When experienced chess teacher Emmanuel Neiman learned that some of his pupils hesitated to play in competitions for fear of being crushed in the opening, he wanted to help.

Neiman knew that amateurs have little time to seriously study opening theory, so he had to come up with a practical, complete, easy-to-learn and solid opening repertoire that would not outdate rapidly.

And that is what he did. Neiman advises amateurs to play (with both colours!) the flexible King’s Fianchetto system, where the Bishop is a defender of the King and at the same time an attacker.

No matter what side you are, you use the same basic ideas: as White you are targeting the light squares and as Black the dark squares, while applying roughly the same strategies, plans and tactical motifs.

Neiman has teamed up with Samy Shoker, who gained the Grandmaster title by mainly playing the King’s Fianchetto systems (and sometimes beating 2700+ rated players with it!).

The result is a complete and practical repertoire which will give club players a sound and flexible middlegame position they can feel at home in. In many lines Neiman and Shoker not only present a solid approach but also a sharp and aggressive alternative.

The authors don’t promise you a large advantage every time you play their system, but one thing is certain: after studying this entertaining book you can play the opening confidently and you will be a better all-round player because you have learned many essential middlegame lessons. Even (very) strong players will find the ideas of Neiman and Shoker useful as an easy-to-play occasional weapon.


Uwe Bekemann, German Correspondence Chess Federation:
"The idea of the book convinces: to provide readers with opening tracks that they can use with both black and white (..) It will be a good help to obtain a playable repertoire for chess friends who don't have much time and whose ambitions are not sky-high. Casual players will be the main group of users. But for players with higher ambitions the book will also be a good instrument to train their intuitive opening skills."

Magnus Carlsen, on being asked: 'If you were giving advice to a casual player, say an Elo around 1600, what are the best openings to ensure a positional game?':
"I think for White the easiest way is to go Nf3, then g3, Bg2 and then castle, because then you can get so many different pawn structures in the centre. You can go for d4 c4, you can go for c4 d3, you can go for d3 e4, you can even just go b3 Bb2 and develop from that. I think that’s a good opening just to be able to play different pawn structures with a relatively quiet game."

B.H.Wilders, Nederlands Dagblad:
"An excellent textbook for the majority of us mortals that are hooked on chess."

International Master Dirk Schuh:
"In all critical variations various alternatives are offered (..) The authors are not just presenting theory and new developments. They also explain lots of strategic ideas, so that you can recognize the weak points in your opponents structure."

Elburg Chess Reviews:
"Sparkling lines and excitement (..) Pleasant in this book are the alternative lines so there is always a variation of your choice! (..) Included are a large amount of self test to see if you have understood the strategies of the fianchetto (..) A masterpiece of creativity!"

Richard Vedder, SchaakSite.nl:
"An inspiring book. Lots of strategic motives (..) are being explained, there are many exercises to practice what has been learned."

Yasser Seirawan, four time US Champion, on 'Invisible Chess Moves':
—An enjoyable and challenging book that will make you redress your competitive play.˜

Marshtower Chess Reviews on 'Tune Your Chess Tactics Antenna':
"The material is very accessible and will suit players of all strengths."