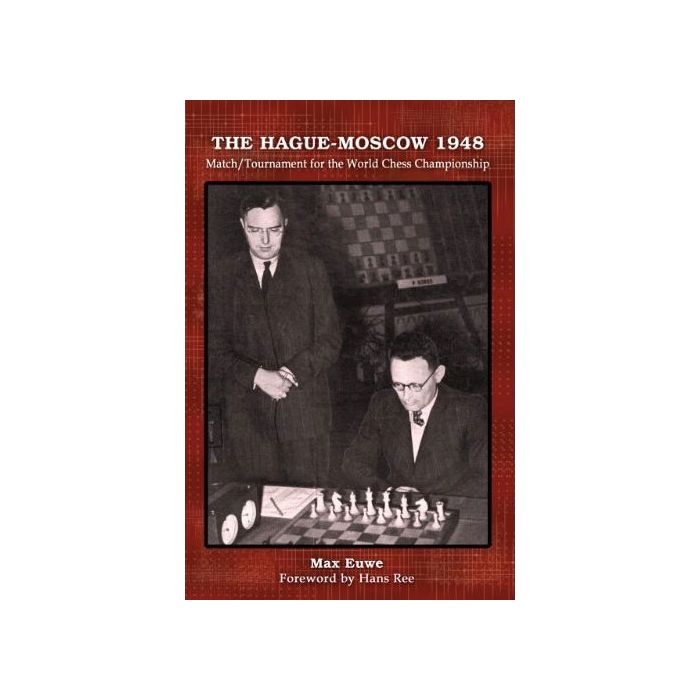 At the Crossroads of Chess History

On March 24, 1946, the fourth world chess champion, Alexander Alekhine, passed away. He was the first – and still the only – champion to die while holding the title. To select a new champion, a powerful quintuple round-robin was held in The Hague and Moscow.

The five strongest players of the era, including one former world champion, two future world champions, and two perennial contenders, took part in a grueling two-month, 25-round tournament.

From the Foreword by Hans Ree:
"The match-tournament of 1948 in The Hague and Moscow was one of the most important events in the history of chess. It produced a new world champion, Mikhail Botvinnik, and it was also the start of a new era in which the championship would be regulated by FIDE by means of an intricate system of qualification tournaments that would function with only small changes for decades."

Max Euwe, the fifth world champion, wrote a splendid account of this historic event. It includes a review of all previous encounters between the participants, background information, as well as all the games of the tournament, deeply annotated by Euwe. This fascinating account is finally available in English.

You are invited to follow Mikhail Botvinnik, Vassily Smyslov, Sam Reshevsky, Paul Keres and Max Euwe as they battle for the title, and the chess world starts its journey through the post-World War II era, and the beginning of the Soviet hegemony.