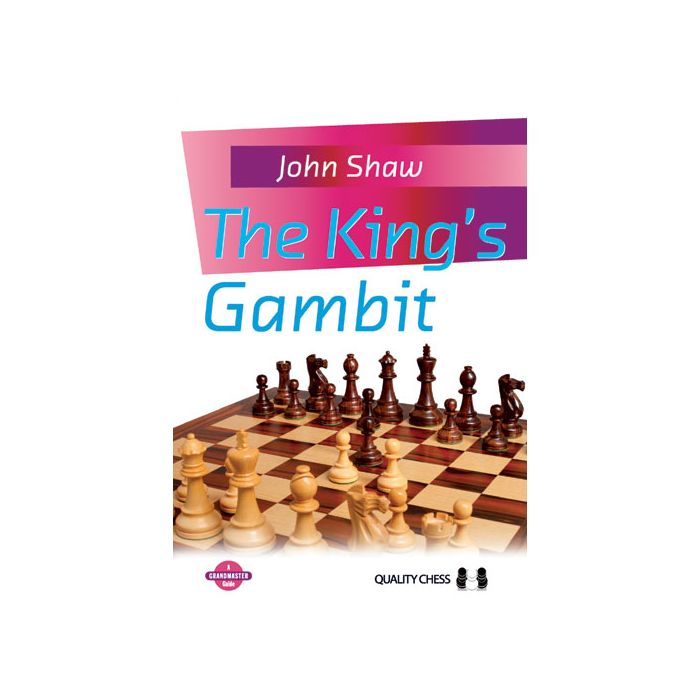 There was a golden era when The King’s Gambit was the favourite opening of every attacking player. In the glory days of Paul Morphy it was considered almost cowardly to play anything else.

Legends such as Spassky and Bronstein kept the flame burning in the 20th century, but its popularity faded as players became distrustful of White’s ultra-aggressive approach.

Nevertheless there are honourable exceptions whose games prove that this ancient weapon can still draw blood – Short, Nakamura and Zvjaginsev are world-class players who have used the King’s Gambit successfully.

In this groundbreaking work, GM John Shaw shows that the ultimate Romantic chess opening remains relevant and dangerous even in the computer era.

GM John Shaw has been Scottish Champion three times. This is his most ambitious book to date, and was many years in the making.


GM David Smerdon, ChessVibes: The King's Gambit is a fantastic publication that is clearly the result of a tremendous amount of work by Shaw, for which he deserves immense credit.(..) I can confess that the book has inspired at least one grandmaster of dubious repute to add it to his repertoire..." "

GM Hans Ree, New in Chess: "It took the author five years to write this book... It’s truly a work of love."

IM Frank Zeller, SCHACH: "This will be the standard theoretical work on the King's Gambit for many years."

André Schulz, ChessBase: "John Shaw's book, The King's Gambit is an outstanding work on an opening which is no longer so popular."

Lukas Wedrychowski, dailychess.org: "The chapters are all great and the content is rich in new ideas, which are incredibly well analysed and brought to text (..) This book is key to the King’s Gambit and the best book which was ever written on this opening and probably will ever be written!"

John Hartmann: "Anyone who plays the King’s Gambit will need to buy this book."

Martin Rieger: "The book is a monster. A monster that will kill you if you are not careful! You know if you tame it, it will eat out of your hand... The Kings Gambit is a masterpiece despite the points raised and deserves to be."

Sean Marsh: "Summing up, John Shaw has taken an ancient and currently unpopular opening and produced an entertaining and instructive volume clocking in at a little under 700 pages. A remarkable achievement!"