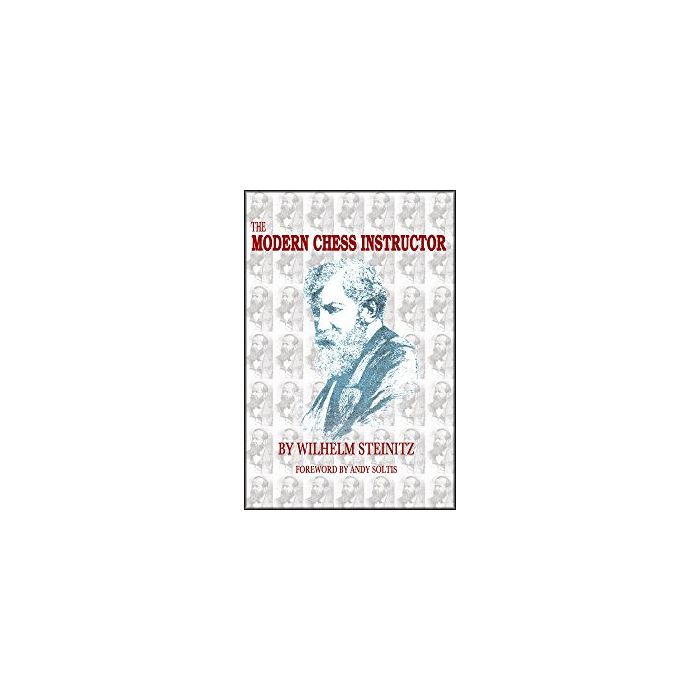 The Brilliant Originality of Steinitz

More than 125 years ago, one of the first great chess books appeared. The Modern Chess Instructor, Part I, written by then world champion Wilhelm Steinitz, was released in 1889. It was his magnum opus, setting forth for the first time the principles of modern chess. It is no exaggeration to say that Steinitz’s writings have influenced every great player since.

As American grandmaster Andy Soltis notes in his foreword to this classic:

The bulk of The Modern Chess Instructor is devoted to opening analysis and annotated games that illustrate the analysis. But it is filled with original Steinitz ideas. This may be why Bobby Fischer was his greatest 20th century fan. Fischer was always looking for forgotten opening moves. In MCI and Steinitz’s International Chess Magazine he found some that he later revived in tournaments, such as 9.Nh3 in the main line of the Two Knights Defense and 5.Qe2 in the Petroff (after 1.e4 e5 2.Nf3 Nf6 3.d4 exd4 4.e5 Ne4).

Of course, the opening analysis of MCI is dated and the openings are out of fashion. But unpopular openings are not necessarily bad openings. Ask Magnus Carlsen. When he played 1.e4 e5 2.Nf3 Nc6 3.Bc4 Bc5 4.0-0 against Sergey Karjakin in the 2016 title match, it was the first time these moves had appeared in more than a century of world championship games.

This 21st century edition has converted the archaic English descriptive notation to algebraic and reformatted the text so that it conforms to the expectations of the 21st century chessplayer. The Modern Chess Instructor’s rare second part, published in 1895, has also been added. The result is a genuine treasure trove of original ideas coupled with exposition of the foundation of modern chess theory. Every chessplayer will find The Modern Chess Instructor enjoyable and instructive, a journey back to the theoretical roots of modern chess.