A club player needs only to master the general ideas
Authors
Alexander Kalinin, Nikolai Kalinichenko
Sample Pages
Out of stock 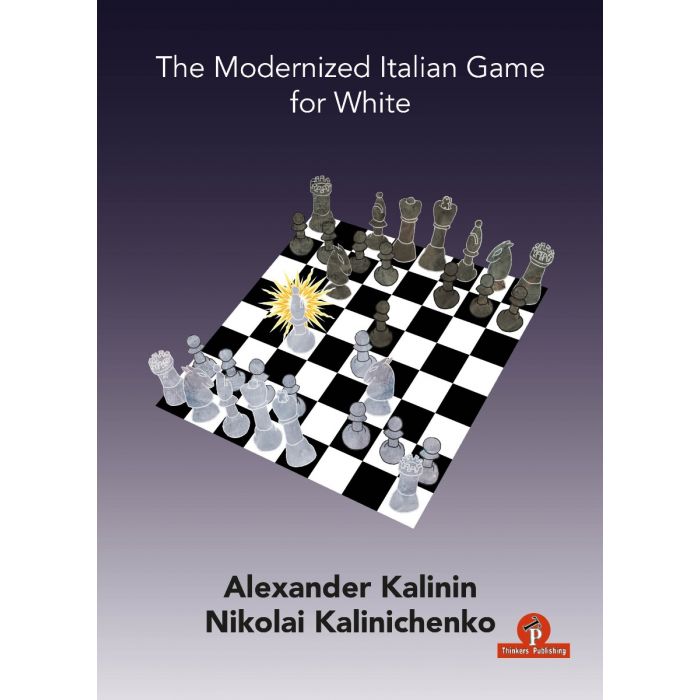 The Italian Game is the front-line of modern chess. After a hundred years of oblivion, in the 21st century, it edged out many other renowned openings, and is employed today by all the world’s top players. Its modern interpretation is full of new ideas, and its theory has grown thanks to the research of modern grandmasters. This book is an attempt to comprehend the current state of this opening.

The book, however, is not just a collection of lines of this fashionable opening. Its main idea is to demonstrate the key ideas and typical techniques in various opening positions, with every key idea being highlighted in the text. The manual can thus be used as a strategy textbook in Italian-type positions; it even includes a special section called ‘The Italian Endgame’.

A separate chapter is devoted to one the most important problems of modern chess, that is, getting similar positions of the Italian type from other openings.

The book should be of interest to players of various strengths.

Grandmaster Alexander Kalinin, Moscow-born and based, is a respected trainer. His former students include such names as the Russian Olympic champions V.Gunina and O.Girya, grandmasters A.Kharitonov, I.Vasilevich, D.Naroditsky. He has authored Walking with the French Defence (together with V.Kortschnoj), Sergey Karjakin: Best Games of the Minister of Defence, Fabiano Caruana: His Amazing Story and His Most Instructive Chess Games, Chess Training for Candidate Masters and other books published in Russia and Europe.

Nikolai Kalinichenko, now an International Correspondence Chess Grandmaster, has been living in Moscow his entire life. In the 1980s and 1990s, he was the science editor for chess literature issued by the famous ‘Fizkultura i sport’ publisher. He has published over 50 books on the theory of chess in Russia, Germany, France, Spain, the U.K., the USA and other countries. One of his most notable works is the multivolume encyclopaedia Modern Chess Openings.

Wesley So: My Black Secrets in the Modern Italian

Winning with the Slow (but Venomous!) Italian