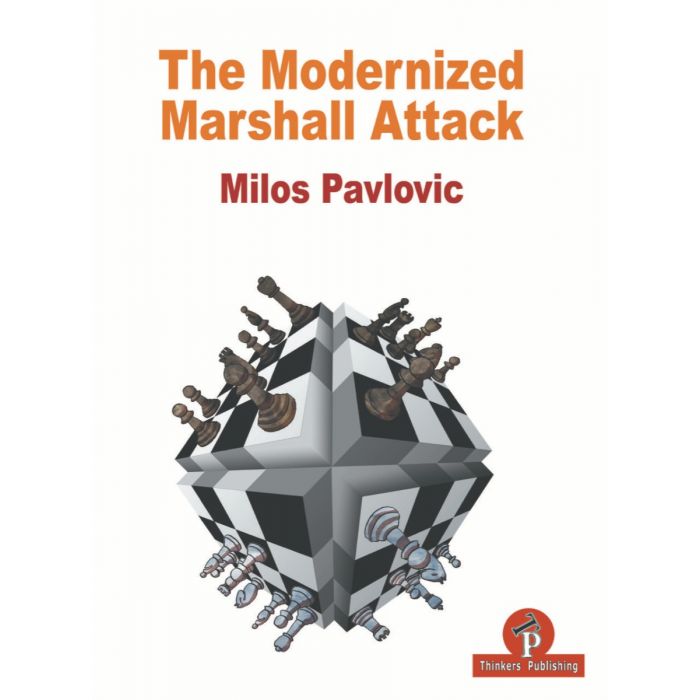 This book is about the Marshall Attack and the lines which can be grouped together under the banner of the so-called Anti-Marshall. The theory has developed so much in the last decade that there is more than enough material to be going on with just in those areas, but I also decided to include a detailed look at an important line in the Exchange Variation. Black’s key concept in the Marshall is giving up a central pawn in return for activity, and I have tried to give as many lines as possible which adhere closely to this principle. Why is this so significant? Well, for starters, usually in the Ruy Lopez Black is looking for long, slow games in solid, closed positions. The Marshall flips this on its head and Black tries to accelerate the play and radically change the character of the game at an early stage. Let’s briefly discuss the material of the book itself and the lines that I have decided to give. First of all, I started off with the standard Marshall Attack, after the initial moves: 1.e4 e5 2.Nf3 Nc6 3.Bb5 a6 4.Ba4 Nf6 5.0-0 Be7 6.Re1 b5 7.Bb3 0-0 8.c3 d5. I have given direct analysis wherever possible and I have tried to cover all the essential lines. Of course, with the passing of the years and he continual development of theory we can see how the popularity of some positions has shifted and, in some cases, how certain lines have simply been rendered obsolete. I also discovered, to my surprise, that there are still new, unexplored, and interesting paths for further analysis.