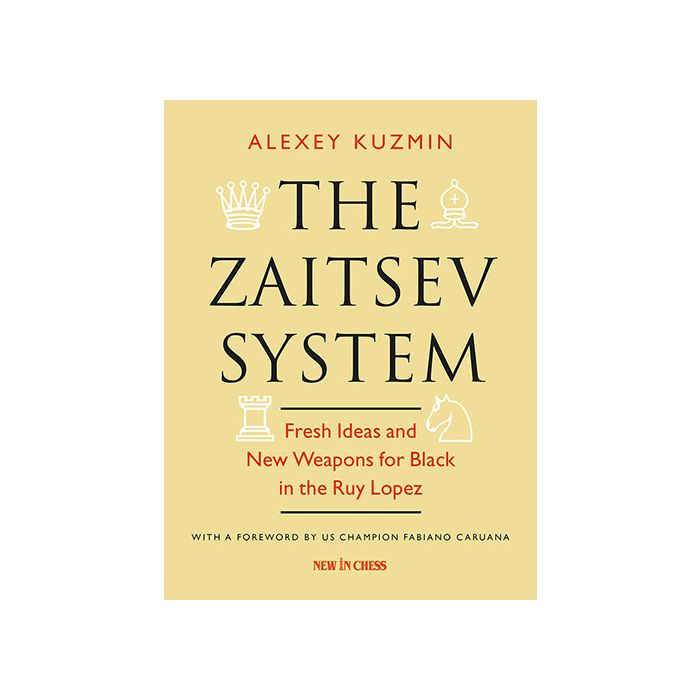 The Zaitsev System is one of the most dynamic setups for Black in the ever popular Ruy Lopez chess opening.

When Alexey Kuzmin joined the coaching staff of World Champion Anatoly Karpov in the 1980s he started analysing the Zaitsev System, and later continued his investigations as a second of Alexander Morozevich. For this book he has updated and improved his analysis, and found countless innovations that change the assessments of many lines.

One of the drawbacks of the Zaitsev, some feel, is that White, if he wishes, can make a draw by repetition early on. To avoid this possibility, Kuzmin presents a brand-new weapon, which he calls the Saratov Variation, based on an early exchange on d4, that was never played by either Karpov or Morozevich.

Kuzmin has written a practical guide for Black with extensive verbal explanations of the strategic ideas for both sides. His lucid style combined with ground-breaking analysis has resulted in a unique chess opening book: a guide that is suited for both club players and Grandmasters.

Former World Champion Garry Kasparov once called the Zaitsev System ‘a revelation’. Kuzmin’s book, chock-full of novelties and presenting a most remarkable new plan for Black, can be called a revelation as well.


From the foreword by U.S. Champion Fabiano Caruana:—A huge range of new ideas … Very useful for players of all levels.˜

From the foreword by seven-time Russian Champion Peter Svidler:
—A very useful educational tool for people starting out with the Zaitsev System. Contains a wealth of original ideas which makes it also a very useful source for preparation, even for tournaments of the highest calibre.˜

Glenn Flear, author of 'Starting Out: the Open Games':
"Invaluable novelties and advice (..) It is noticable that in his extensive conclusions Kuzmin not only looks at the soundness of various lines, but also at the likelihood that it will create practical problems for the opponent (..) On many levels, not many works are as lucid as this one (..) A great read, a fascinating variation and a skillful author."

British Chess Magazine:
Praises "the quality of the selection of material, analysis, clarity of presentation and abundant explanatory text. To be sure, Alexey Kuzmin is a world class opening theoretician – in the truest sense of the word!"