Win with the Caro-Kann

Win with the Caro-Kann

A Choice of Counterattacking Options from a Sound Base
Authors
Sverre Johnsen, Torbjørn Ringdal Hansen
Sample Pages
Out of stock 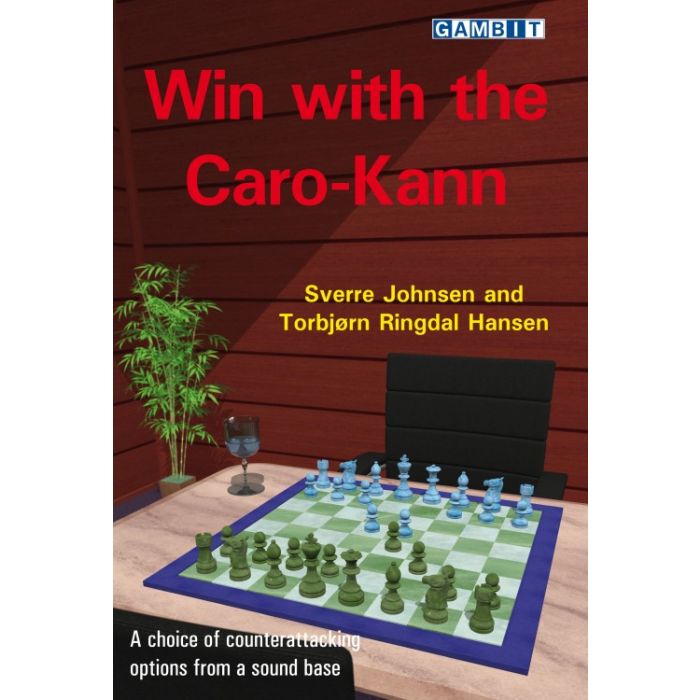 The Caro-Kann is a rare beast among chess openings. While respected as a sound and safe way to start the game, it also avoids symmetry or simplification. This allows Black many ways to keep the game unbalanced and play for a win.

Two Norwegian opening experts provide a set of options that take full advantage of this flexibility. In the main line, you are given a choice between the 4...Bf5 and the 5...exf6 systems – but both strictly in their modern dynamic forms! In the latter, Hansen is a world-leading authority, with a wealth of experience to explain the typical mistakes White makes when facing this deceptively tricky line. By studying his material, you will be well ahead of the game in this rapidly-evolving system. For instance, the critical improvements over the Duda-Carlsen game in 2020 were already in Hansen’s files from two years earlier.

The other recommended systems for Black are also aggressive and very much the ‘21st-century Caro-Kann’. It’s 3...c5 against the Advance, in which Hansen is also an outstanding specialist. The Panov Attack is answered with ...g6 lines – strategically ideal, and nowadays backed up by amazing modern computer analysis. Against the Two Knights, we are offered an ...exf6 option as well as the ...Bg4 approach. The repertoire is completed with good sensible recommendations against almost every other conceivable move White can throw at the Caro-Kann. This extremely up-to-date book has an innovative structure, with ‘lessons’, model games and theory ‘magnifiers’.

Sverre Johnsen is a chess analyst, researcher, organizer, trainer and writer from Norway. He is co-author of Win with the London System and Win with the Stonewall Dutch, two of the best-selling openings books of recent years.

Grandmaster Torbjørn Ringdal Hansen is also from Norway. He is one of the founders of the chess retail business Sjakkhuset and works full-time as a chess trainer. He was the first coach of Magnus Carlsen (in 1999) and has worked with three other players who went on to become grandmasters.