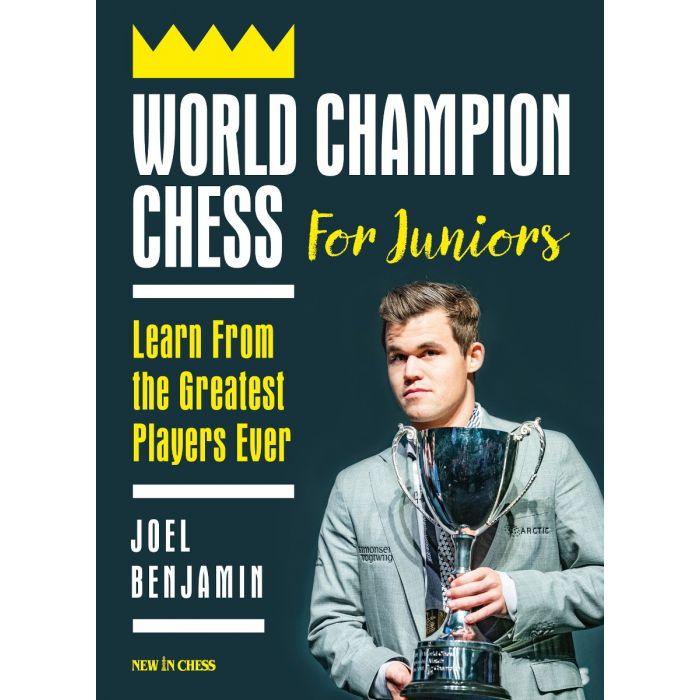 “The nice idea of this book is to fill the ‘culture gap’ that modern young players have about the classics (I was once told of a training session of promising young Western players where the immortal words ‘who was Spassky?’ were uttered!) through an easy to read overview of the world’s greatest players from Morphy to Carlsen. For each player, Benjamin provides an introductory summary of their career, annotates a few games in detail and then provides a small number of unannotated games for further study. I would definitely make sure this book was in the Christmas stocking of any budding young chess player!”
GM Matthew Sadler, co-author of ‘Game Changer’

“Benjamin’s guide to the greats of chess is most readable and contains a wealth of handy tips.”
CHESS Magazine (UK)

“Although the tone of voice is aimed at juniors, this book is very readable also for older generations. Welcome reading material, particularly for (beginning) club players who would like to learn more about the history of chess.”
Florian Jacobs, Max Euwe Center

“A book to increase the chess culture of junior chess players. The author brings to the reader’s attention the chess legacy of every official world chess champion including Paul Morphy. Joel Benjamin understand how juniors learn and the book is not a heavy read, but a door to future independent study. Benjamin’s writing style in World Champion Chess for Juniors is engaging, light but not simplistic and definitely will keep a young reader engage and make older readers avid to review their classics.”
Miguel Ararat, Florida Chess