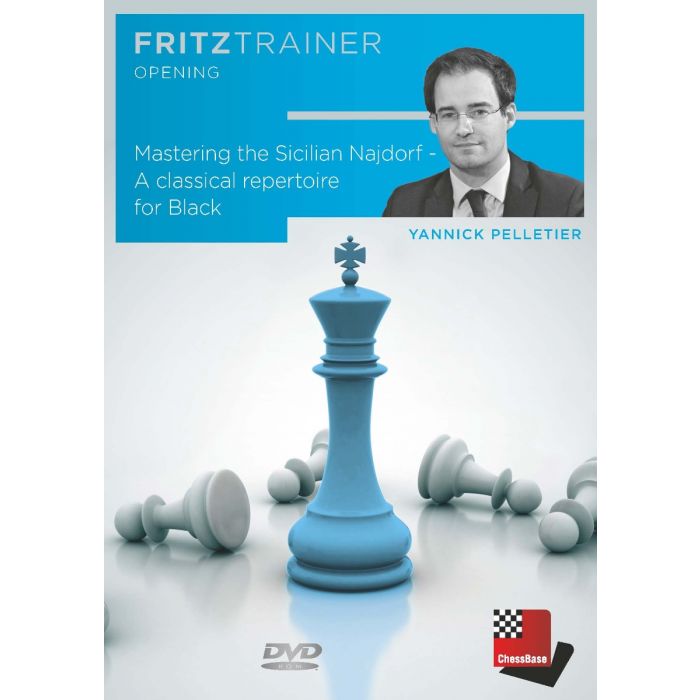 The Najdorf Variation of the Sicilian has been one of the most popular openings for decades. Players of every level like it and it also was an important part of the Black opening repertoire of two legendary World Champions: Bobby Fischer and Gary Kasparov.

The Najdorf is not only healthy but it also offers Black chances to play for a win. Studying and playing the Najdorf will help to improve your chess as it teaches important strategic concepts such as fighting for the initiative, defending, and playing on black or white squares. Of course, you do need a good understanding of positional ideas and strategic plans to master this opening.

With illustrative games GM Yannick Pelletier tells you everything you need to know about the Najdorf Variation. You do get a complete and logical repertoire which gives you a good weapon against the main lines and the side lines which currently are very popular, even on top level. In addition you do get a database with 250 carefully selected games, a lot of them with analyses and annotations by Yannick Pelletier. In this database you will find a lot of recommendations to deepen your theoretical knowledge. At the end there is an interactive test that helps to test your knowledge. You are given a number of critical positions and you are asked to enter a move. Afterwards your proposal gets feedback from the author.

Born in 1976 Yannick Pelletier is a Grandmaster and a chess professional. He’s a regular member of the Swiss national team and a six-time Swiss Champion (1995, 2000, 2002, 2010, 2014 and 2017). He won several open tournaments throughout his career and in 2015 beat Nakamura and a month later the reigning World Champion Magnus Carlsen in tournament games. Yannick Pelletier also organises the Biel Chess Festival and is known on the chess circuit as a lively commentator. He’s fluent in five languages (French, German, English, Spanish and Russian).