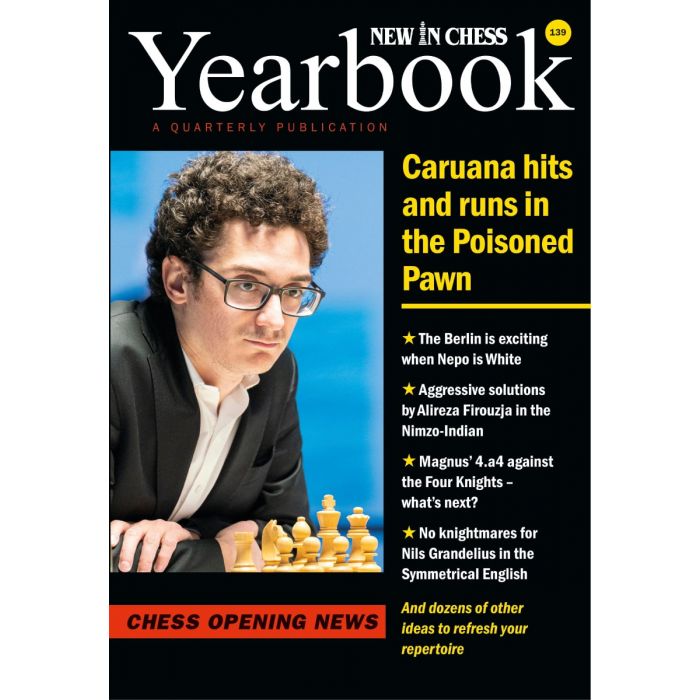 Forum
This issue’s Forum Section features an article by René Olthof on the stunning piece sacrifice with which Fabiano Caruana took Maxime Vachier-Lagrave by surprise in the second leg of the Candidates Tournament. This is followed by some unique analysis material by Ganguly on a game he lost against Pavel Eljanov! Two other grandmasters, Mikheil Mchedlishvili and Max Warmerdam, also made a contribution, and you should certainly check out IJntze Hoekstra’s short but intriguing note to the book Side-Stepping Mainline Theory by Gerard Welling and Steve Giddins!

From Our Own Correspondent
Our GM correspondent Erwin l’Ami starts his column with a good equalizing method for Black in the Tarrasch and then presents a thorough analysis of a correspondence game with the Delayed Poisoned Pawn in the Najdorf. L’Ami has played the Black side of Kramnik’s QGD endgame and demonstrates that Black is OK here – which cannot be said of his two final subjects, the Poisoned Pawn line in the London System and the Winawer French with 7…0-0.