U Cannot Be Serious

U Cannot Be Serious 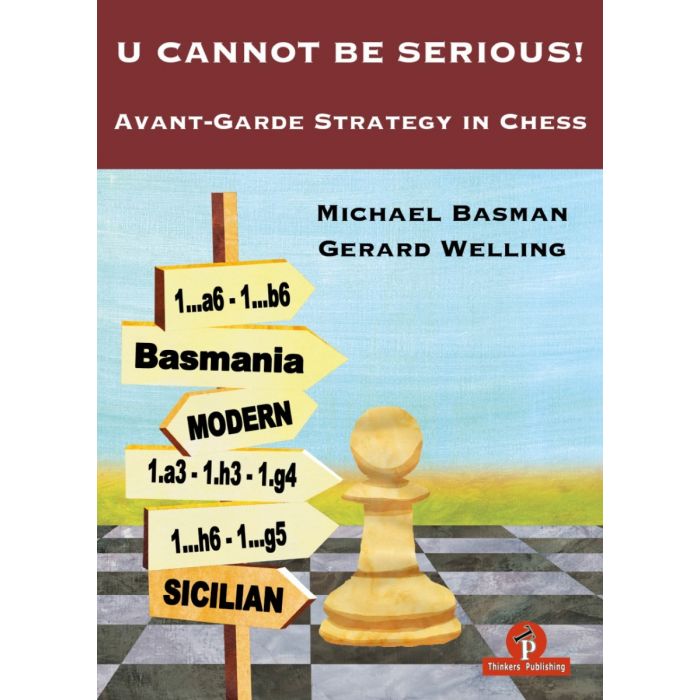 This book is about co-author and international master Michael Basman, who has been an avant-garde strategist on the chessboard from his early days as a tournament player and who has collected his share of ridicule and scorn throughout the years. But he has been fairly successful, so we can ask ourselves who has been right, the master or his critics.

Former world champion Mikhail Botvinnik saw through the facade of experimental play and named Basman a creative and talented player. But even on the British player’s home turf, there was often sharp rejection of his way of playing chess. Interesting wins were more than once described as lucky, and losses as the natural consequence of sins against chess. Even in the late 1970s, when Mike Basman was a household name in British chess, British Chess Magazine was still writing he was ‘handicapping’ himself by his unfortunate opening choices. An interesting exception to this trend was grandmaster Raymond Keene, who back in 1982 wrote an extensive article on Basman’s games from the Benedictine Masters in Manchester. He praised the strategical ideas but criticized the implementation. And he finished his article with an example of how these ideas could have found a place in one’s own strategic arsenal.

Of course, as a kind of counterweight, avant-garde chess has a cult-following of players that catch the spark of inspiration, study the examples and often copy the ideas. Co-author Gerard Welling was an example of a player that borrowed some ideas from Michael Basman, and and even went so far as to play 1.Nf3 h6 in a decisive match in the semi-finals of the Dutch Championship 36 years ago (I won, and qualified). The study of experimental players can widen your horizons and give you new ideas. Even a celebrated chess trainer like Mark Dvoretsky has given this advice. So be critical, but keep an open mind!