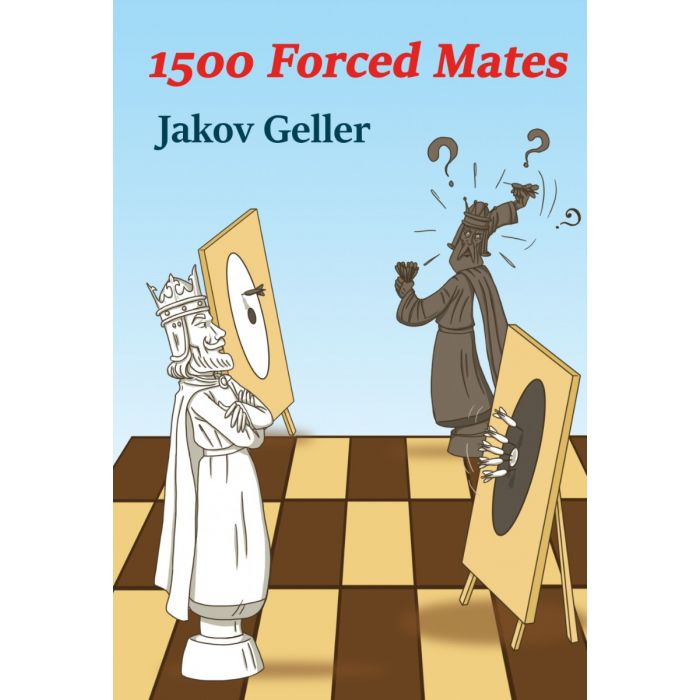 Jakov's new book focuses on a key element of tactics: forced mate. It contains 1500 positions rife with tactical resources; 1380 of them are presented as puzzles.

The book is divided into 31 chapters, most of which are dedicated to a single tactical method, which is described in detail. This fundamental work systematizes the methods for delivering forced mate, which include sacrifices, pawn promotion, vacation, attraction, elimination, deflection, blocking, seizing the square, x-rays, pins, discovered checks, double checks, windmill and interference.

The rest of the chapters are titled Combinations; they are used to consolidate the provided knowledge and test the acquired skills. They contain the theoretical basics of the combinations and cases studied, but to solve these puzzles the reader will also need to use techniques they studied in previous parts of the book, rather than in only the current chapter. Therefore, each new tactical method studied gradually increases the diversity of combinations used in the subsequent chapters.

The puzzles in every chapter also gradually increase in difficulty. The last chapter makes the book useful even for top-level players, because it consists solely of difficult puzzles and can be used as a universal test to check forced mating skills.

The greatest value of this book is in the learning system that can be used as a foundation for young chess players to study tactics. The author has used this system countless times when working with his pupils and it has proved to be highly successful. Together with the carefully crafted examples it turns this work into a universal textbook that can be used by both students and coaches.

This book is accessible to beginners once they have learned to mate in one, and contains puzzles with mostly 2-move to 6-move solutions. Puzzles in the final chapter will challenge even grandmasters, with solutions often requiring 9-11 moves.

A Modern Guide to Checkmating Patterns