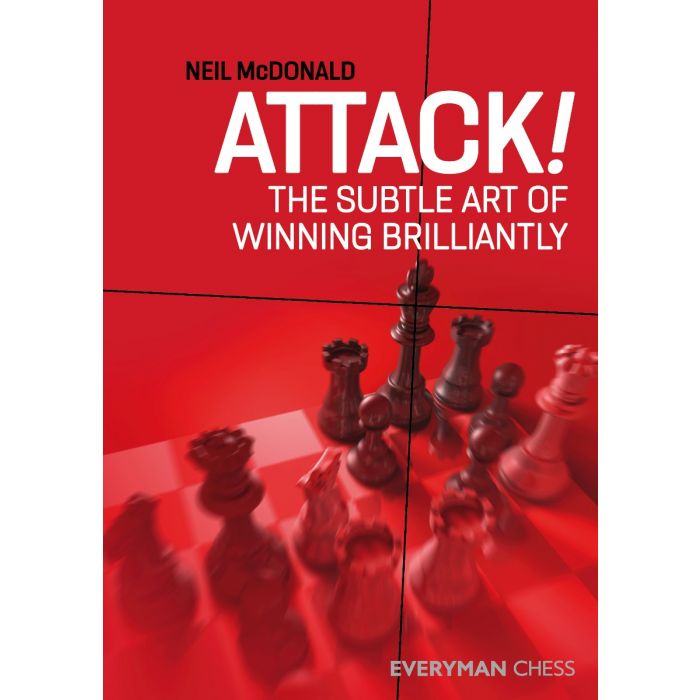 “To be passive... is fatal to the beginner or medium player – such players must be aggressive. He must attack, because only in that way can he develop his imagination, which is a very important thing.” This quote comes, perhaps surprisingly, from José Capablanca, a world champion far better known for his brilliant strategic and positional play than his attacking prowess.

This emphasizes the fundamental importance of having a clear understanding of how to build up and execute an attack. Every chess player loves to attack. Directing one’s forces towards the enemy king, probing to create weaknesses and ultimately crashing through with a brilliant sacrifice is always a thrilling experience. However, attacking play must always be based on sound principles and carried out in a forceful and logical manner. This is not always a straightforward task.

In this book, the highly experienced author and grandmaster Neil McDonald guides the reader through all the complexities of attacking play. Topics include:

Neil McDonald became a grandmaster in 1996 and a FIDE trainer in 2017. He is a regular coach of the England Junior team at international events. Neil has written numerous books on openings, endgames, tactics and strategy as well as biographies of famous players. He lives in Gravesend in Kent, England.