And Selected Writings (Part I)
Author
Mikhail Botvinnik
Out of stock 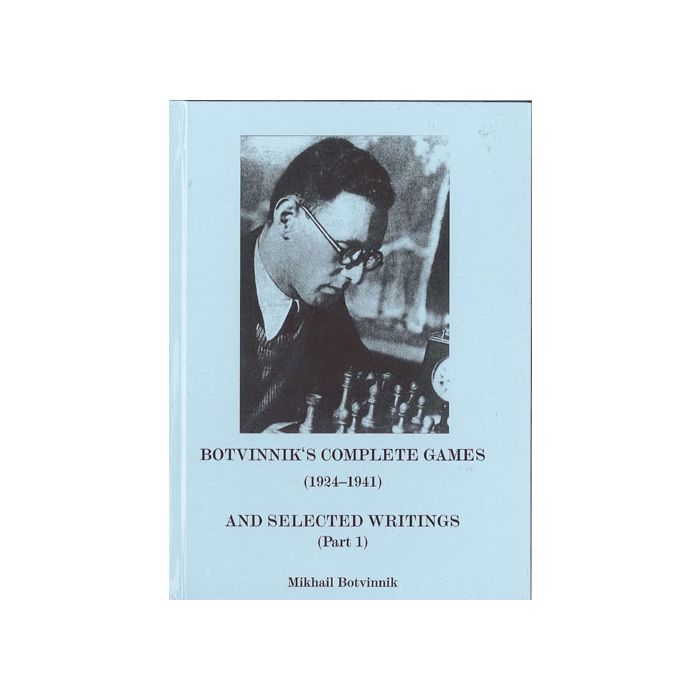 Foreword:
This book is merely a "guide" to the history of 20th century chess.

The material presented in this three-volume work is very diverse. Here there are analyses and compositions, pen-portraits and travel notes, and also creative problems.

A strong chess player operates within the framework of world chess, and so there are also articles concerned with the activities of FIDE, which is now of particular interest, since there is obviously a crisis in FIDE.

The readers' attention is drawn to the chapter Chess Cybernetics. If the development of this problem will be taken to its logical end, the previous and still existing condescending attitude to the game of chess will sink into oblivion...

The work is concluded by my memoirs (Achieving the Aim). Compared with the first edition they have been partly abridged (to avoid repetition) and partly augmented.

Whereas the first three books gave annotated games from 1925 to 1970, the present work is largely a collection of articles from periodicals, as well as extracts from my books.

To avoid repetition, these extracts are sometimes given in abridged form. Some articles are published here for the first time.

Translator's note:
Mikhail Botvinnik's "Analiticheskie i kriticheskie raboty" [Analytical and critical works] were originally published in four volumes between 1984 and 1987.

The first three volumes covered his best games, and an English translation of these has already been published by Moravian Chess (Botvinnik's Best Games Volumes 1, 2 and 3).

The fourth volume contained the author's collected writings, and for the present English publication this material has been divided among three books, of which this is the first.

These books will also include all Botvinnik's known games (apart from the 381 already published in the Best Games series), with annotations by Botvinnik where available.

The resulting six-volume series will therefore present a complete collection of Botvinnik's own game annotations and the best of his chess writings.