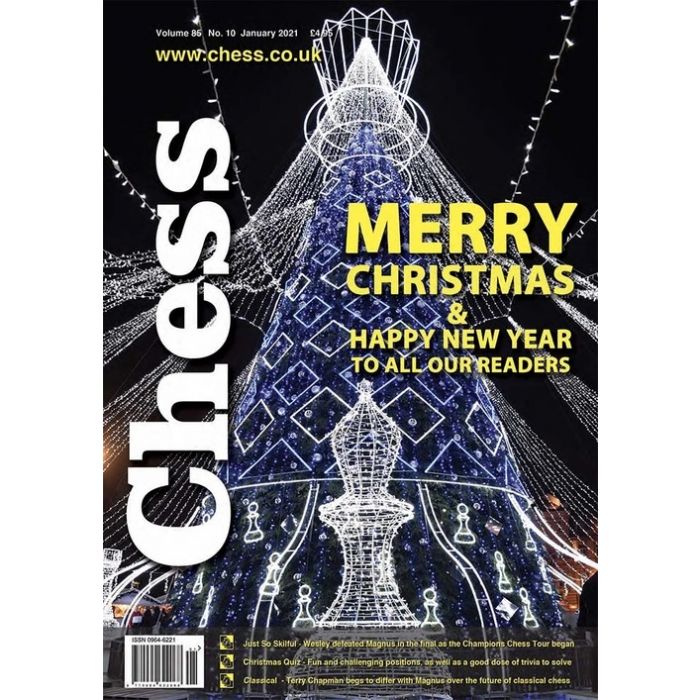 Editorial - Malcolm Pein on the latest developments in the game

So Skilful - Wesley So stunned Magnus Carlsen at the Skilling Open

How Good is Your Chess? - Daniel King looks at a very impressive victory by Jeffery Xiong

Murder in 22 - Can you solve this retrograde puzzle faster than Geoff Chandler?

Home News - There will be a Hastings GM event, but with a difference

This Month’s New Releases - Hacker on the Sicilian is reviewed, as are works by Gelfand and Nunn