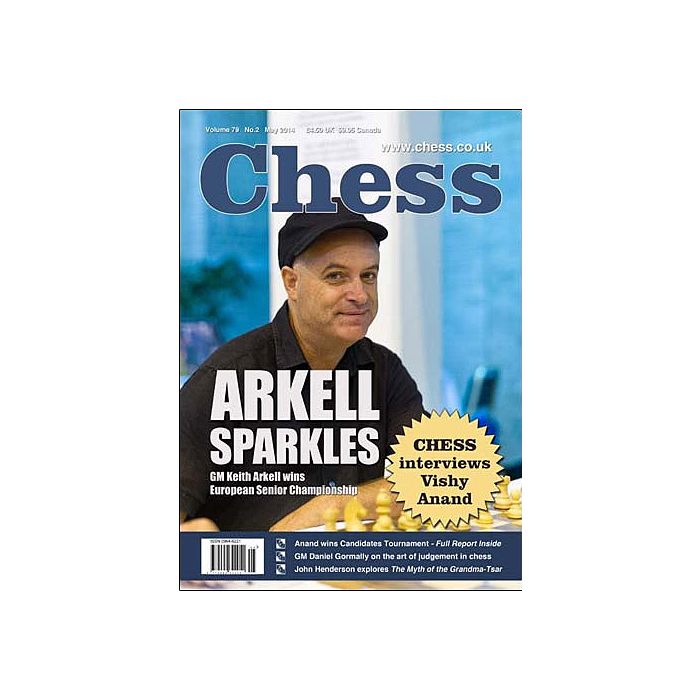 In this issue:
• 60 Seconds With - Grandmaster Keith Arkell
• Success in Porto - Keith Arkell reflects on becoming the European Senior Champion
• The Comeback - Vishy Anand staged an impressive return to form in the Candidates
• All to Play for in the 4NCL - Simon Ansell reports from Hinckley Island
• Myth of the Grandma-Tsar - John Henderson looks back at St Petersburg, 1914
• Vishy Anand Post-Khanty - We caught up with the former champion and new challenger
• Judgement and Objectivity - Danny Gormally has some important advice
• Kasparov: Down (but not out) in Paris - John Saunders on a controversial early Armageddon game