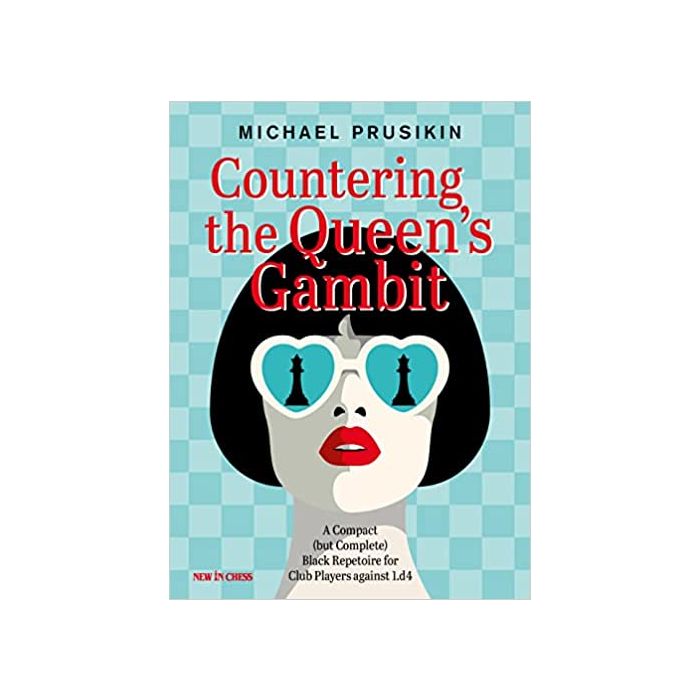 The Queen’s Gambit is easily the most talked-about chess opening since the immensely popular Netflix TV series of the same name became a hit. The screen adventures of Beth Harmon have inspired thousands to start playing the Royal Game but didn’t offer any information on this highly popular chess opening. This book fills that gap.

German Grandmaster Michael Prusikin presents a solid but dynamic opening repertoire for Black against the Queen’s Gambit. He wants you to understand rather than memorize what is important. His primary focus is on explaining the relevant pawn structures and the middlegame ideas behind the lines he recommends.

Prusikin deals with every single variation of the Queen’s Gambit in a way that is highly accessible for club players but at the same time surprisingly effective and concise: the Catalan, Tartakower, Carlsbad, London, Colle, Veresov, and all the others. As a bonus, the FIDE Senior Trainer also provides responses to openings such as the Bird, Réti, and Nimzo-Larsen. It may seem unlikely, and yet it is true: in less than 200 pages, Countering the Queen’s Gambit has Black covered for really every first move except 1.e4!

To test your newly acquired insights in the tactical motifs and strategic ideas of the Queen’s Gambit, you are invited to solve 36 exercises in carefully selected key positions from actual games.