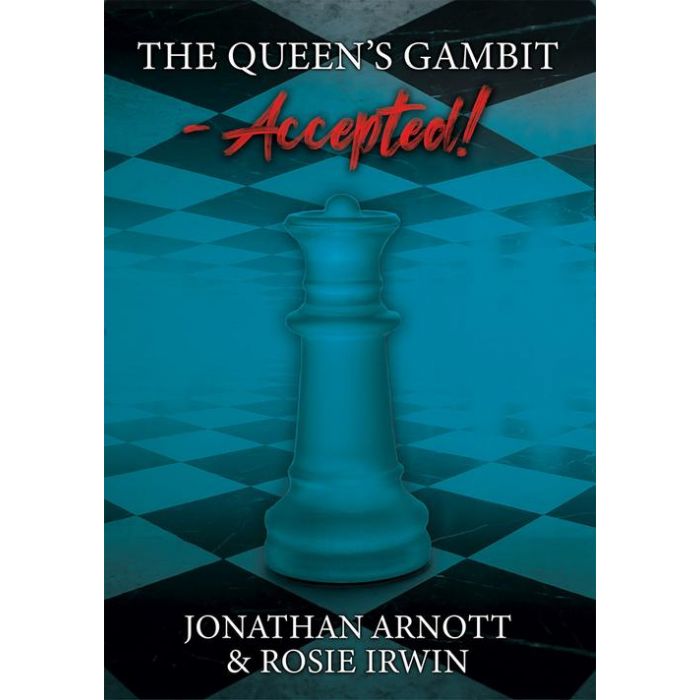 The game has hundreds of child-friendly books, but what about the adult beginner inspired by The Queen’s Gambit?

Rosie Irwin is the perfect example: just like the title character, she’s had her own struggles with mental health and trauma. She accepted the challenge, and chess has developed the confidence. Coached by Jonathan Arnott - a former teacher, politician and chess Candidate Master – it’s been a steep learning curve. In January 2021, Rosie knew nothing about chess but the rules of the game. She’s now playing matches against opponents with 40+ years of experience.

This book is a must for any aspiring player. To go from reading Dostoyevsky to Dvoretsky would be a total culture shock. Whilst claiming to be neither, the authors’ conversational style offers a rare insight into the thought processes needed to move from beginner to tournament player.

It is a ‘gateway’ book with stories and anecdotes mixed with chess learning, helping the reader to get to know Rosie whilst joining her on her chess journey. The title of this book (The Queen’s Gambit – Accepted!) illustrates Rosie’s acceptance of the challenge and the chess terminology that any gambit can be ‘accepted’. Don’t expect a dry chess book full of diagrams and notation without any story.

Rosie Irwin never considered playing chess until she saw The Queen’s Gambit and was inspired to take up the game, identifying with the lead character’s emotional struggles. Within a couple of months, she had learned enough from Jonathan to compete in league matches against experienced opponents.

Jonathan Arnott has decades of teaching and chess coaching experience. He has captained the Yorkshire county side, represented White Rose in the European Club Cup (the ‘Champions League’ of chess) and captained Chessable White Rose to victory in the inaugural online Four Nations Chess League.