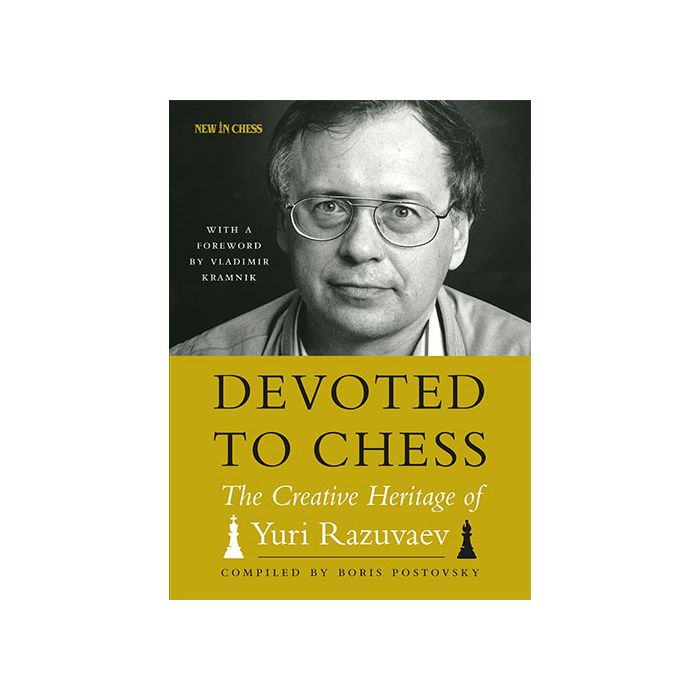 Yuri Razuvaev (1945-2012) was an outstanding Russian chess player. He had a refined positional style and for many years he was one of the leading Grandmasters in the Soviet Union. He also was a first-rate chess author and opening theoretician, always open to new ideas.

But it was as a trainer that Razuvaev was truly world-class. The long list of prominent players he worked with includes Karpov, Kramnik, Gelfand, Lautier, Fressinet, Salov, Tomashevsky, Topalov and Kosteniuk. Both Magnus Carlsen and Fabiano Caruana had sessions with Yura, as his friends called him.

It was his exceptional feeling for chess, his understanding of weaknesses and strong points in someone’s play, that made working with Razuvaev a privilege. Moreover, spending time with him was a joy because he was intelligent, cultured and witty. In this book, compiled by Boris Postovsky, dozens of chess players and contemporaries share anecdotes and insights into chess that Razuvaev gave them.

Devoted to Chess also presents Razuvaev’s best games, accessibly analysed by himself and others. His finest articles and interviews on a wide variety of subjects are also included in the book. "Studying the creative heritage of Yuri Razuvaev will bring you great benefits", writes Vladimir Kramnik in his foreword.

Boris Postovsky won the Soviet championship in correspondence chess and coached the Russian national team to Gold in four Olympiads.