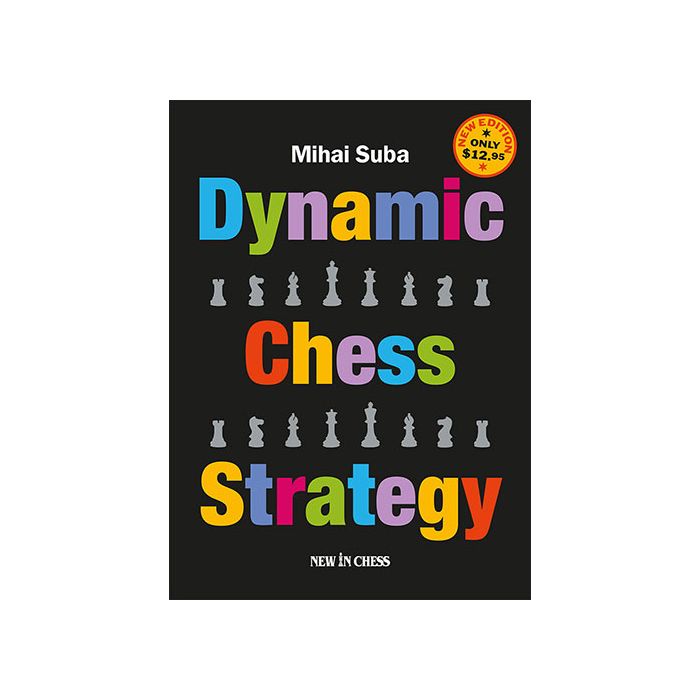 In the battle of chess ideas, the publication in 1991 of Dynamic Chess Strategy was a defining moment.

Before Mihai Suba’s exceptional book, chess writers had neglected one of the most important factors of a chess position: its dynamic potential.

Suba demonstrated that the traditional concept of ‘improving the position’ was often static and irrelevant, and that classical strategy, if applied dogmatically, can prevent you from finding the right plan and its subsequent moves.

'Dynamic Chess Strategy' won the 1991 British Chess Federation Book of the Year Award and was hailed as an instant modern classic.

Grandmaster Mihai Suba has updated his groundbreaking work and extended it with even more entertaining and witty lessons. The result is a thought-provoking and yet practical guide on chess strategy!

THIS NEW EDITION IS NOW AVAILABLE AT A SPECIAL LOW PRICE

Former Belgian Chess Champion GM Luc Winants:
“Such a book on strategy has not been written since Nimzowitsch.”

Arne Moll, ChessVibes:
"A landmark in chess publishing (..) As relevant and funny as it was almost twenty years ago."

Steven B. Dowd, ChessCafe:
"Suba is quite a story-teller, and the book is a blast to read just for the stories."

John Henderson, The Scotsman:
"Fun to read, instructive and will do nothing other than improve your game."

Bill McGeary, ChessVille:
"It is also that rare bird in chess books, entertaining (..) I related stories from this book to my wife and she was truly charmed."

B.H.Wilders, Nederlands Dagblad:
"A splendid book for everyone who wishes to raise the level of his strategical play."

Bryan Smith, chess.com:
There are many (..) funny stories and anecdotes (..) This is a middlegame manual, and he goes deep into the very concept of dynamicism in chess, with games as examples."

IM Gary Lane, Chess Moves:
"Suba has lots of intruiging things to reveal (..) The perfect book to dip in to when you need inspiration."

IM John Watson in 'Secrets of Modern Chess':
"Suba was perhaps the only writer who had worried about the same topics  and come to the same conclusion as I had; and, what's more, he had expressed his views eloquently and humorously."

Three-times British Champion GM Jonathan Rowson:
"I am glad that a real gem of chess literature is now back in circulation."