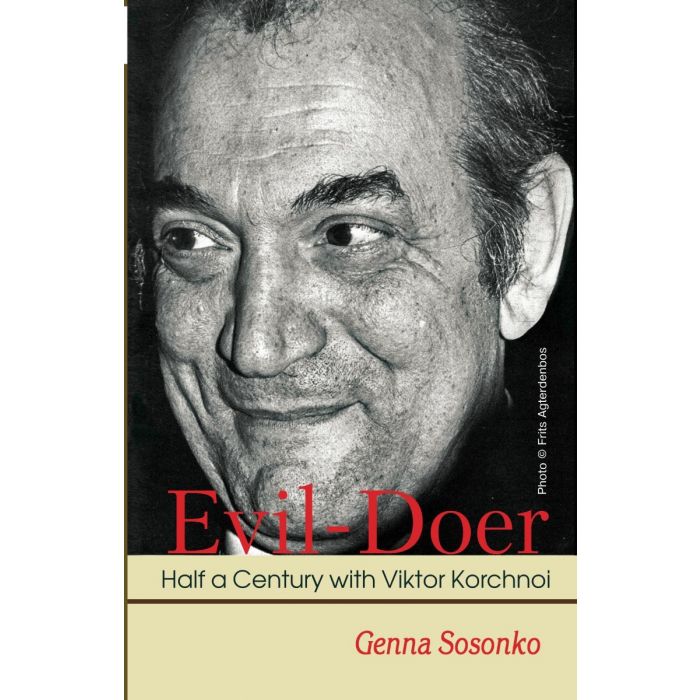 Viktor Korchnoi was one of the leading grandmasters of the 20th century, coming within one game of winning the world championship in 1978. His battles with Karpov for the world crown were among the most important chess matches ever played. A man with a unique – and in many ways tragic – life and career, Korchnoi’s defection to the West in 1976 was a major event in Cold War politics.

Grandmaster Genna Sosonko was Korchnoi’s coach and second during tournaments and candidates matches in 1970-71 and then a close friend of Korchnoi for decades. Indeed, Sosonko’s emigration to the West in 1972, which is described in detail in this memoir, had a key impact on Korchnoi’s decision to defect four years later. They would meet up at tournaments and at home and discuss chess, politics, and just about everything else. Their conversations constitute an important part of this book, in which Sosonko tackles difficult questions about Korchnoi’s personality and places much of his often challenging behavior into its historical context.

This book, like Sosonko’s previous masterpiece The Rise and Fall of David Bronstein, contains no games but focuses on Korchnoi’s life, from his early childhood to his final years. Further, it includes many previously unpublished photos from the private collections of Sosonko and the Korchnoi family.