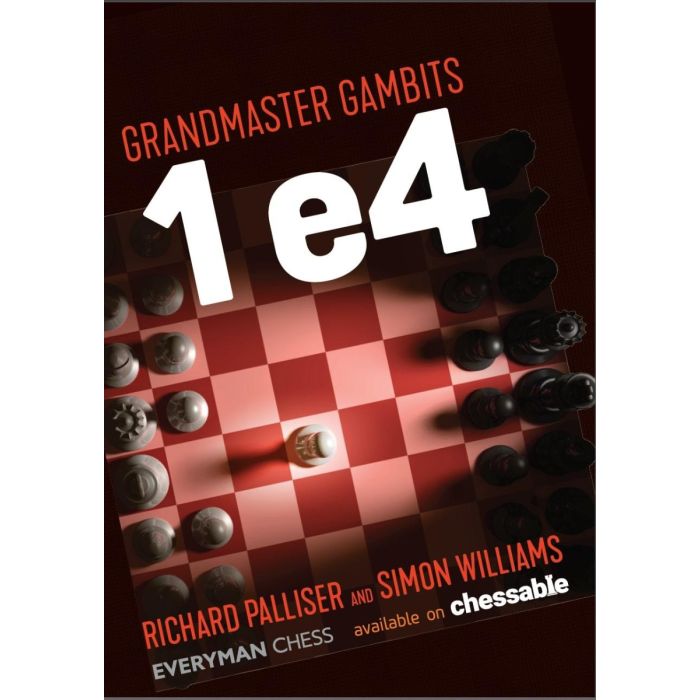 Are you bored with playing it safe in the opening? Had enough of developing your pieces sensibly, aiming to control the centre and getting your king castled? Do you yearn to tear the opposition apart in the style of the great 19th century masters? Then Grandmaster Gambits 1 e4 is the book for you!

The highly successful writing duo of Richard Palliser and Simon (GingerGM) Williams have teamed up again to create a repertoire based on jettisoning a pawn (and often a whole lot more) very early on. Whatever opening your opponent favours against 1 e4, the authors have a dynamic gambiteering counter which will throw them onto their own resources.

The Sicilian Defence? Attack it with the Wing Gambit.

The French? Suffocate Black with the Advance Variation including Magnus Carlsen’s souped-up version of the Milner-Barry Gambit.

The Caro-Kann? Play the Hillbilly Attack with 2 Bc4! Your opponent might laugh but they won’t be laughing when you crash through on f7.

Forget about playing “properly” in the opening. Open 1 e4, play the Grandmaster Gambits and rip your unprepared opponents apart!

Richard Palliser is an International Master and the editor of CHESS Magazine. In 2006 he became Joint British Rapidplay Champion and in 2019 finished third in the British Championship. He has established a reputation as a skilled chess writer and written many works for Everyman, including the bestselling The Complete Chess Workout.

Simon Williams is a Grandmaster, a well-known presenter and a widely-followed streamer, as well as a popular writer whose previous books have received great praise. He is much admired for his dynamic and spontaneous attacking style.