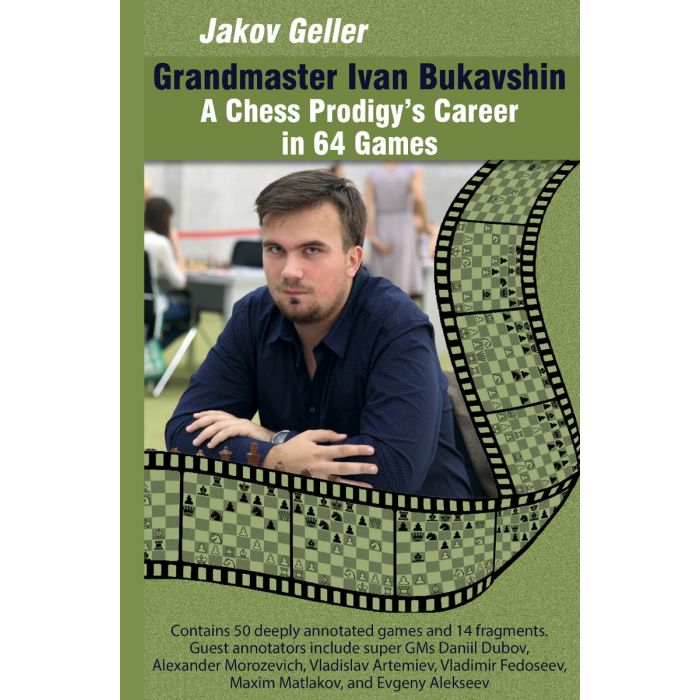 Ivan Bukavshin, born in Rostov-on-Don in 1995, was a Russian chess prodigy. He was European U12, U14 and U16 champion and placed third in the world U16 championships among many other successes, gaining the grandmaster title at just 16 years of age. Ivan finished third in the Aeroflot Open in 2015, behind Daniil Dubov and Ian Nepomniachtchi, where he put in a performance rating of 2803. Ivan achieved a series of 2700+ performances over 2013-2015. He tragically died in early 2016 at the age of 20.

This book will be of interest to active chess players seeking to improve their game, where they can learn from interesting opening novelties, spectacular attacking combinations and subtle endgame victories.

The author, Jakov Geller, born in Moscow in 1986, achieved the grandmaster title in 2011. His coaches included grandmasters Jakob Meister and Marat Makarov. Jakov worked as a coach in Togliatti from 2007 to 2015.