The Story and the Games
Author
Simen Agdestein
Sample Pages 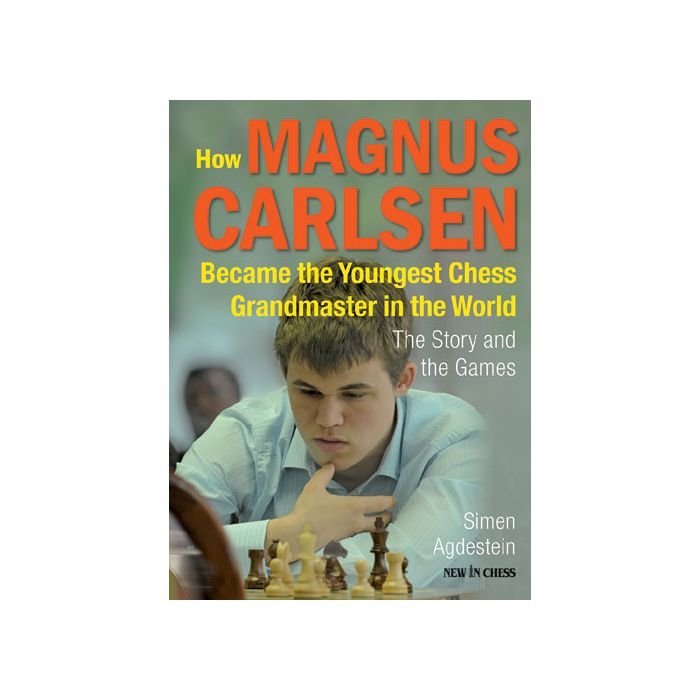 How Magnus Carlsen Became the Youngest Chess Grandmaster in the World.

At the age of 13 years, 4 months and 26 days, Magnus Carlsen became the youngest chess grandmaster in the world. The international press raved about the Norwegian prodigy. 'The Washington Post' even called him ‘the Mozart of chess’.

Ten years on Magnus Carlsen is the number one in the world rankings and a household name far beyond chess circles. 'Time Magazine' listed him as one of the 100 most influential people in the world in 2013.

The fairy-tale-like story of Magnus Carlsen’s rise is told by Simen Agdestein, who trained Magnus in the years leading up to his grandmaster title, repeatedly pinching himself in amazement at his pupil’s lightning progress.

Agdestein explains the secrets of Magnus’ play in clear and instructive comments and tells about the Carlsen family life. The story of Magnus’ fabulous journey will fascinate parents and help gifted children to realize their full potential.

Jeremy Silman, author of 'How to Reassess Your Chess':
"A wonderful instructive treatise on how to improve your game, step by step, by following Magnus' journey to the highest title."

Matthew Sadler, former British Champion:
"Agdestein writes with great honesty, affection and modesty about his experience (..) It provides so many insights into Magnus'chess personality."

"From beginners’ errors to better and better achievements, the reader learns how a real chess prodigy develops, temporary setbacks and disappointments included ... One has to give great praise to the author for his honesty and empathy and for the unselfish way he tells the story.”

John  Watson, The Week In Chess:
"The most interesting and original book if you're looking for the story of Carlsen's early days, his family, training, travels, and years as a Junior(..) The book is a well-written and entertaining, and the only one that covers this biographical material."

Taylor Kingston, ChessCafe:
"No doubt about it, the kid is good (..) Agdestein does a good job indicating how various moves and ideas show Carlsen’s growth as a player."