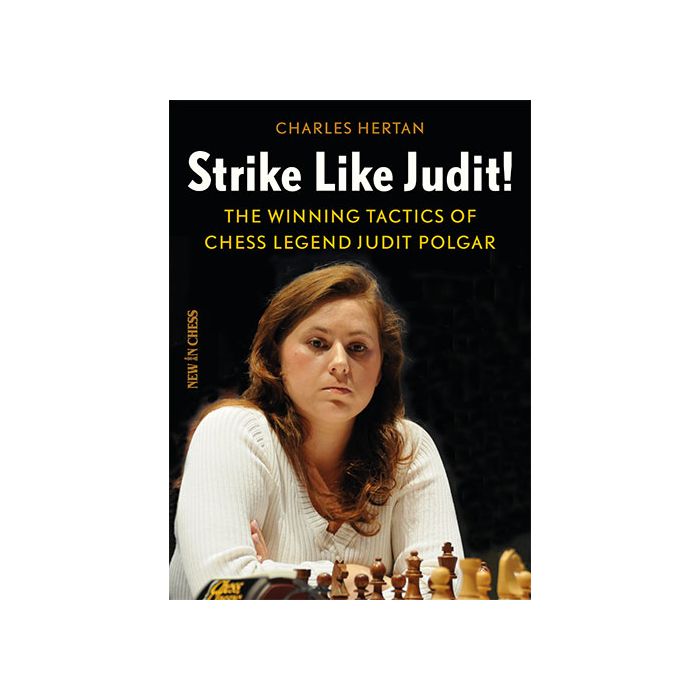 Judit Polgar is the strongest female chess player of all time. From an early age on the Hungarian prodigy baffled the world with her sensational triumphs. At the age of 15 she beat Bobby Fischer’s record to become the youngest grandmaster in history. During her glorious career, which she ended in 2014, she defeated World Champions Boris Spassky, Anatoly Karpov, Garry Kasparov, Vishy Anand and Magnus Carlsen.

To reach the 8th spot in the FIDE World Rankings (for men) and belong to the very best for many years, as Judit Polgar did, you obviously have to be a brilliant all-round chess player. Still, she will be first and foremost remembered for her attacking skills. Her electrifying combinations and tactical triumphs set her apart. As former U.S. Champion Joel Benjamin said after he lost to her: "She is a tiger at the chessboard. She absolutely has a killer instinct."

Award-winning author Charles Hertan has revisited the gold mine of Judit Polgar’s games and selected her best and most instructive tactics. They are arranged by theme and presented with helpful explanations and lots of practical advice. You will be inspired by her clever traps, stunning sacrifices and cunning endgame tricks. You will learn from her tactical vision, calculating skills and counter-intuitive ideas. Strike Like Judit is a riveting guide that will help you win more games as you will find killer moves more easily and more quickly.

"This book manages to achieve something that I don’t find that often, in that it is more or less accessible to everyone while at the same time being of value to stronger players. Especially within the Calculation chapter, which contains many examples annotated at quite some depth. Therefore I feel comfortable recommending this book to everyone." -- Chris Wainscott, On the Road to Chess Master

"One of those super reads from New in Chess!" -- Elburg Chess Reviews

"Now, thanks to Hertan’s well-written explanations, the reader too should be able to increase their own killer instinct." -- CHESS Magazine (UK)

"I feel Hertan’s work is useful to everyone and connects best with players inclined to tactical, sharp, forcing play. Hertan devotes a Chapter to explain some methods of calculation in chess like how to approach long, forcing variations. Must materials to improve your chess." -- Miguel Ararat, Florida Chess

"A good book from New in Chess. Judit Polgar was ranked No. 8 in the world and is the only woman who has battled with the greatest players. Judit was a superb tactician, and the book is a collection of her finest combinations." -- Grandmaster Simen Agdestein, VG Daily Newspaper (Norway)

"A very sophisticated and warm-hearted technical appraisal of Judit Polgar’s chess and in particular her attacking prowess. The layout of the book is very inviting and easy to follow. Highly recommended" -- Michael Mkpadi, Chess Club Live

Master Your Chess with Judit Polgar