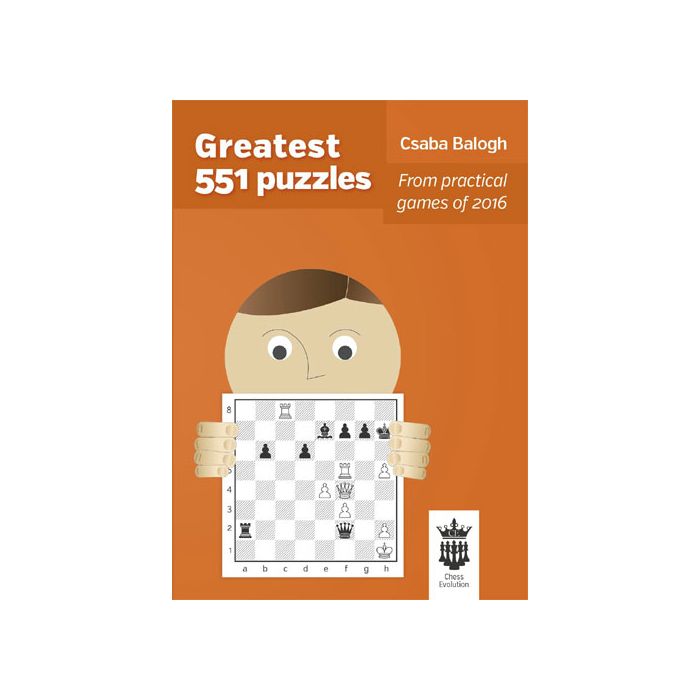 This book consists of 551 practical puzzles from 2016. The combinations are divided into three chapters according to the level of difficulty: "Easy", "Medium" and "Hard" sections. Great combinations by Carlsen, Caruana, Kramnik, Anand and many more of the world's top players, from the strongest events all around the world.

Enjoy the beautiful mating attacks, material wins and many other joyful moments that a spectacular sacrifice can bring!

GM Zoltán Almási (8 times Hungarian Champion, 2 times Olympic silver medalist, European Rapid Champion in 2010):
"Nowadays, in the computer-era, it is essential to calculate as quickly and as precisely as possible in order to achieve success in chess. Solving puzzles is the best way to improve our skills in this area, and at the same time it's one of the most entertaining aspects of chess - to deliver mate or win material with a beautiful sacrifice! Csaba's book contains the most recent puzzles, which means we needn't be afraid that we will already have met the combinations in other sources - they will all be unique and therefore I can truly recommend this book to everyone".