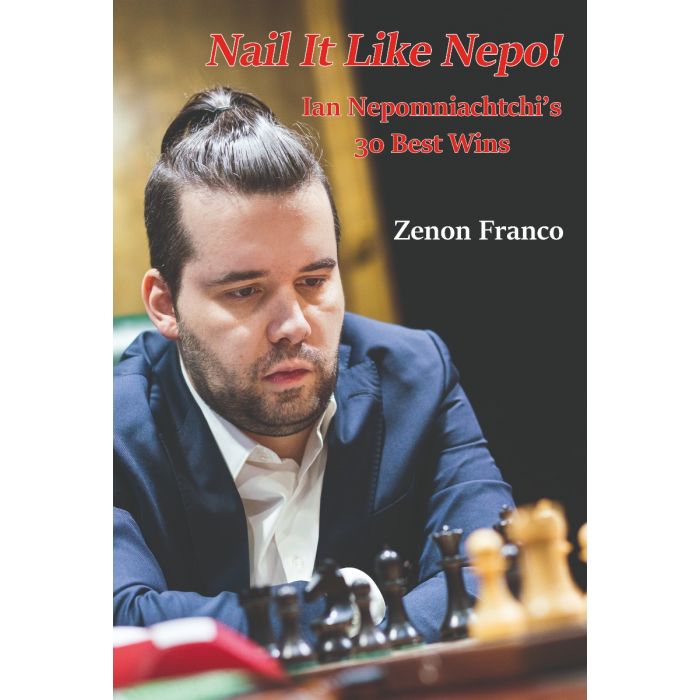 Ian Nepomniachtchi’s road from Grandmaster to becoming Magnus Carlsen’s world championship challenger in 2021 was a long one.

GM in 2007 and Russian champion for the first time in 2010, Ian only hit the elite in recent years. His victory in Ekaterinburg occurred at his very first candidates tournament.

In this book Grandmaster Zenon Franco analyzes Nepo’s chess through his 30 best wins and several fragments, considering his style, his strengths, as well as his weaknesses and how he has overcome them.

Like Magnus, we see fighting, practical chess with a player not afraid to push his g and h pawns in front of his king, and a more aggressive than positional style.  Above all, Franco compares Nepo to Lasker, Korchnoi and Magnus Carlsen himself.

Together with the Candidates