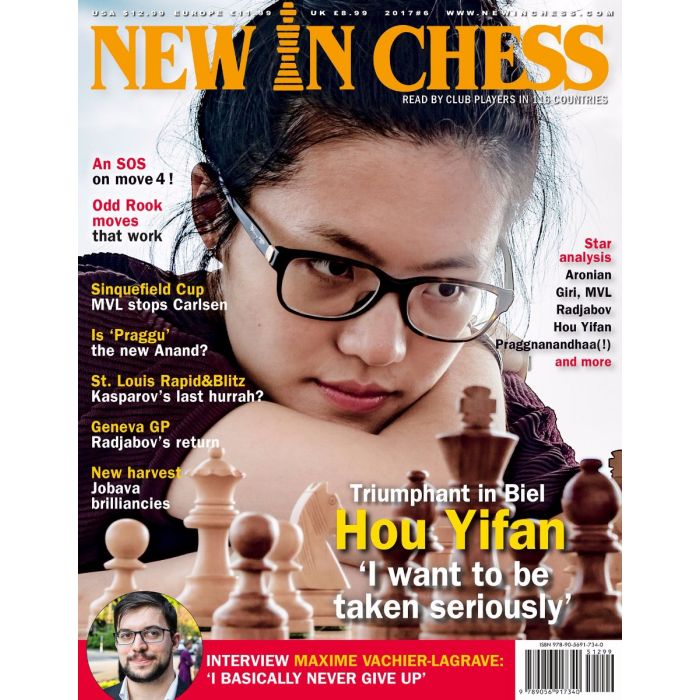 The Chinese star underpinned her ambitions to shine in mixed events with a spectacular win after a superb 3/3 finish.

The Frenchman on his greatest success to date and his ambitions for the near future. And his beard, of course.

How much money is Rex Sinquefield spending on chess?

Is 12-year-old Praggnanandhaa on course to become the youngest GM in history?

In these days of hybrids, here is a mix of the Pirc and the Nimzowitsch Defence.

While Levon Aronian was on the rampage in the St. Louis Rapid & Blitz, all eyes were on the return of Garry Kasparov.

Zoltan Almasi, a fighter that you can rely on.

For a change, Nigel Short didn’t stay at home for the summer holidays.

Eric Hansen’s choice of the best thing ever said about chess.

The Azeri GM surprised all and sundry by winning the Geneva Grand Prix.