For many years considered to be a quiet opening. No longer!
Author
Simon Williams
Sample Pages 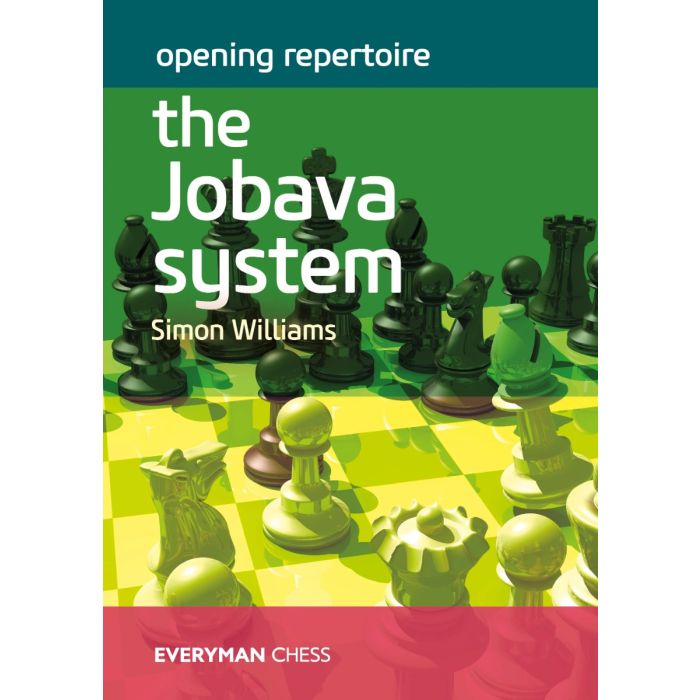 Most chess openings have been around for centuries; the first book on the Ruy Lopez was written in 1561. Not so the Jobava System. This is a thoroughly modern opening that has only achieved prominence in the last decade or so. It is named after the Georgian chess visionary Baadur Jobava, a highly imaginative and creative grandmaster. The Jobava System is based around the opening moves 1 d4 d5 2 Nc3 Nf6 3 Bf4. For many years this was considered to be a quiet and unassuming backwater of chess theory. No longer!

Thanks to the efforts of Jobava and others this system has been honed into a fierce attacking weapon. As this opening is so new the correct defensive methods are not well understood. This makes the system extremely dynamic and dangerous.

In this book, Simon Williams (the Ginger GM) delves deep into the Jobava and offers up a complete repertoire based on this exciting new system. The advantages are clear:

Simon Williams is a Grandmaster, a well-known presenter and a widely-followed streamer, as well as a popular writer whose previous books have received great praise. He is much admired for his dynamic and spontaneous attacking style.