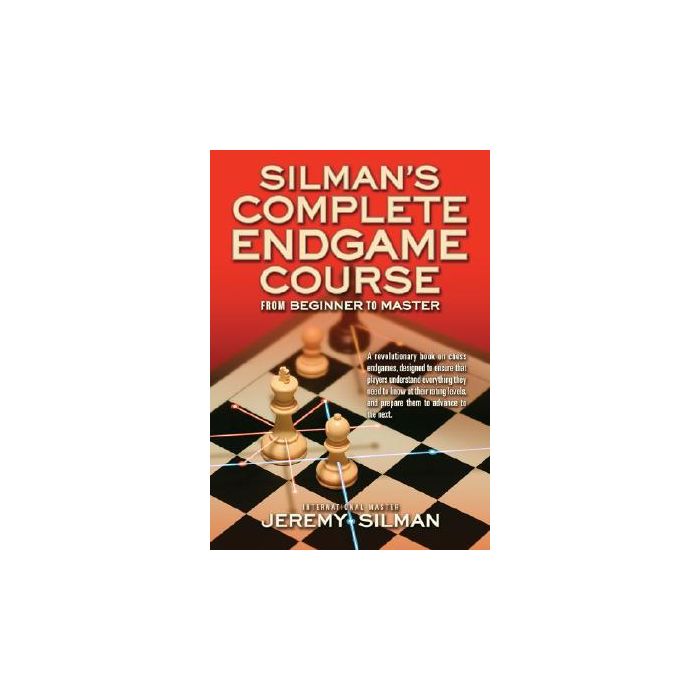 For more than 100 years, the world's leading chess players and teachers have told their students to study the endgame. Now, for the first time, a revolutionary richly instructive endgame book has been designed far players of all levels.

'Silman's Complete Endgame Course' is the one and only endgame book you'll need as you move up the ladder from beginner to strong tournament player and finally to master.

Designed to "speak" to a player in a very personal way, Silman's book teaches the student everything he or she needs to know at his or her current rating level, and builds on that knowledge for each subsequent phase of the player's development.

Starting at the beginner's level, all basic mates are dearly and painstakingly explained. After that, the critical building blocks that form the endgame foundation for all tournament hopefuls and experienced tournament competitors are explored in detail. Finally, advanced endgame secrets based on concepts rather than memorization are presented in a way that makes them easy to master.

The basic keys to a well-rounded endgame education (Opposition, the Luceno and Philidor Positions, Cat and Mouse, Trebuchet Fox in the Chicken Coup, Triangulation, Building a Box, Square of o Pawn, Outflanking, the Principle of Two Weaknesses) are vital.

But equally important is creating a love of the endgame, which is addressed at the end of the book with a look at chess tactics, minor piece domination, and a discussion of the five greatest endgame players of all time-all things that every fan of chess at every level can enjoy.

Jeremy Silman is an International Master and a world-class teacher, writer, and player who has won the American Open, the National Open, and the U.S. Open. Considered by many to be the game's preeminent instructive writer, he is the author of over thirty-six popular books, including How to Reassess Your Chess (universally accepted as a modern classic), The Amateur's Mind, The Complete Book of Chess Strategy, and The Reassess your Chess Workbook.

John Watson, The Week In Chess:
"Confirming Silman's status as the king of instructional writing."

GM Joel Benjamin, Chess Life:
"Teachers will find plenty of useful positions, or can assign the book to students. Kids and adults will both enjoy this book. [It] will likely take its place among the classics."

Peter Doggers, ChessVibes:
"The general setup of the book is excellent. The themes are explained very well and Silman's writing style is quite catching."

British Chess Magazine:
"The book is beautifully laid out and easy on the eye. There are plenty of test questions to monitor progress, and sufficient diagrams so that it can be read without a board in many cases."

Pal Benko, International Grandmaster:
"Superb and highly instructive - an excellent learning tool for both the novice and expert alike."

Gregory Kaidanov, International Grandmaster:
"One of the best endgame books I've ever seen. The idea to divide material according to rating group is great!"

How to Reassess your Chess - 4th Edition