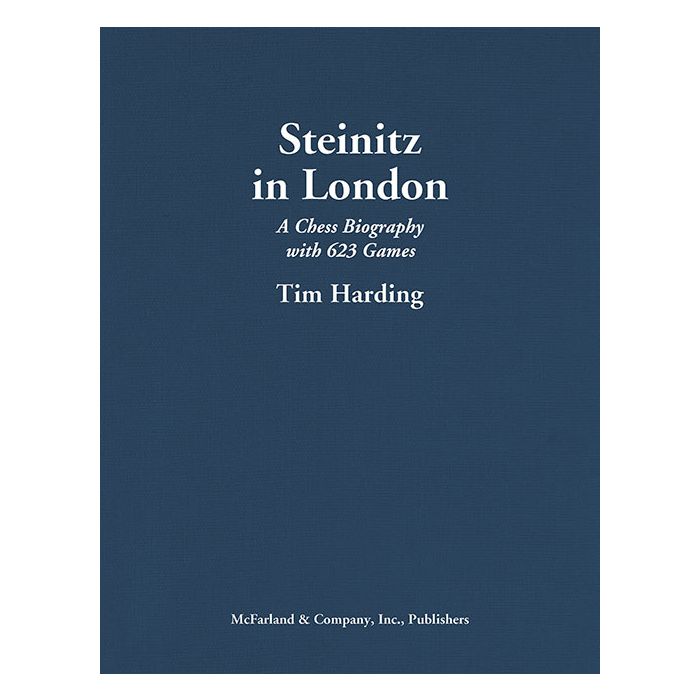 Drawing on new research, this biography of William Steinitz (1836–1900), the first World Chess Champion, covers his early life and career, with a fully-sourced collection of his known games until he left London in 1882. A portrait of mid-Victorian British chess is provided, including a history of the famous Simpson’s Divan.

Born to a poor Jewish family in Prague, Steinitz studied in Vienna, where his career really began, before moving to London in 1862, bent on conquering the chess world. During the next 20 years, he became its strongest and most innovative player, as well as an influential writer on the game. A foreigner with a quarrelsome nature, he suffered mockery and discrimination from British amateur players and journalists, which eventually drove him to immigrate to America. The final chapters cover his subsequent visits to England and the last three tournaments he played there.