In 114 Games from 1946-2016
Authors
Fridrik Olafsson, Oystein Brekke
Sample Pages
Out of stock 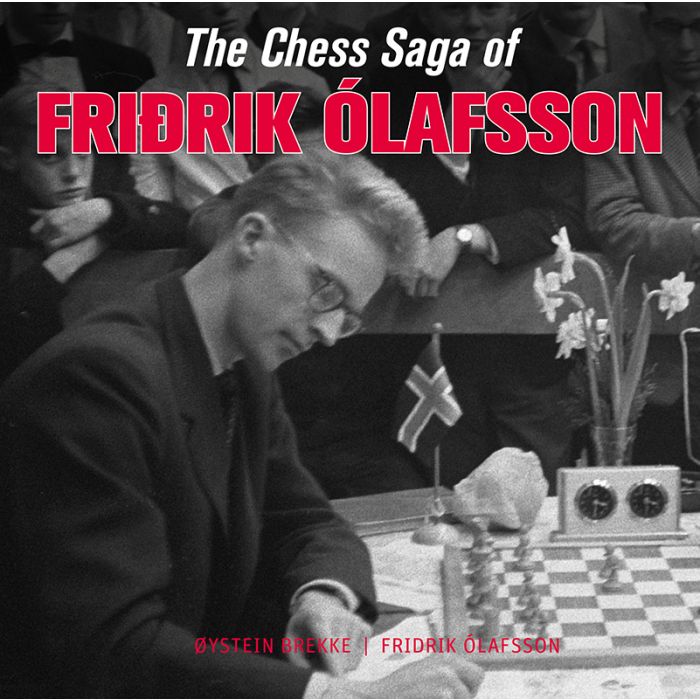 Chess grandmaster Fridrik Ólafsson was the World championship candidate who became a national hero at home in Iceland and later President of the World Chess Federation, FIDE. This book follows his career with 114 games plus 4 game finishes, most of them played against leading grandmasters of several grandmasters, from the legendary Savielly Tartakower in 1954 to David Navara in 2013.

The core of this book are 50 games which Fridrik presented and annotated for his Icelandic games collection back in 1976. Among his defeated opponents in this book are World Champions Petrosian, Tal, Fischer and Karpov, and lots of the world's other strongest players.

At long last Fridrik Ólafsson's chess career, with commentaries to many of his best and instructive attacking games, is available in English. Jan Timman wrote: "With his unorthodox and enterprising style posed a threat to all top players, including the Soviet elite."

The book has a foreword by the President of Iceland, Gudni Th. Jóhannesson.

Fridrik Ólafsson was born 1935 in Reykjavik where he still lives. Nordic Champion in 1953, at 18. Won his first grandmaster tournament at Hastings 1955/56, shared with Korchnoi and ahead of Taimanov. A World Championship candidate 1958-59. President of FIDE 1978-82. Besides his great chess career, he is a lawyer, and was for 21 years Secretary General of the Icelandic parliament, Althingi.

Øystein Brekke was born in 1956 and is a Norwegian chess player, organizer, arbiter, trainer, historian, author and publisher. He wrote in Norwegian language both elementary books and books on chess history.