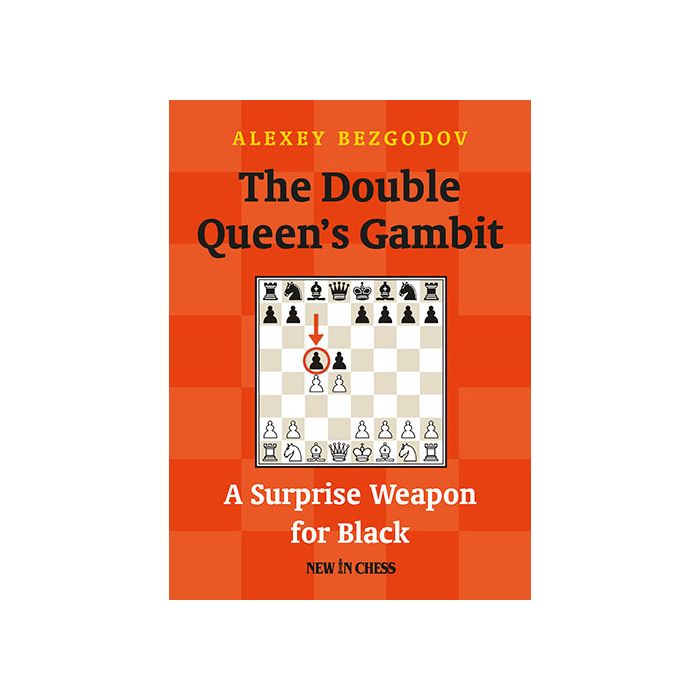 An opening idea that will knock many White players off their feet!

Former Russian Chess Champion Alexey Bezgodov provides a complete repertoire for Black against 1.d4, starting with the cheeky move 2…c5! against both 2.c4 and 2.Nf3.

After thoroughly analysing and investigating, Bezgodov has put the opening to the test in practical grandmaster play. It not only turned out to be playable – it also brought him success, and not just because of its surprise value.

Bezgodov’s conclusion is that there is no clear and compelling way for White to reach an advantage against 2...c5. In The Double Queen’s Gambit he provides dozens of exercises to test your understanding of this surprising chess opening system.

Grandmaster Alexey Bezgodov (1969) was Russian Champion in 1993 and came shared first in the 1999 Ukrainian Championship. He is the author of 'The Extreme Caro-Kann' and 'The Liberated Bishop’s Defence', two highly original chess opening books.

Heinz Däubler, Neuer Tag Weiden Newspaper:
"Very usefull for chess friends whose repertoire is not yet fully fixed, because they can save a lot of time by skipping big systems such as the Queen's Gambit, the Slav and the Catalan."

CHESS Magazine (UK):
"Maybe it isn't so easy for White to prove a large advantagehere and the line will almost certainly surprise your opponent."

Richard Vedder, Schakers.info:
"Bezgodov has convinced me that 2...c7-c5 is a perfect way to get at least equality when White does not play the mainline. It may also be playable in the main variation, but here Black has to be quite cautious. The results in my database are encouraging for Black!"

GM Paul van der Sterren in 'Fundamental Chess Openings', on this opening variation:
"There is probably a lot to be discovered here and, being as unfashionable as it is, it could well make a wonderful surprise weapon for those who are prepared to put some work into it."

Dennis Monokroussos, The Chess Mind, on 'The Extreme Caro-Kann':
"Aggressive players looking for something fresh and fighting against the Caro-Kann may find this book just what they wanted, while Caro-Kann aficionados may want this book for the purpose of self-defense."

German Correspondence Chess Federation, on 'The Liberated Bishop’s Defence':
"Truly enriches the world of openings. The reader gets a well-constructed repertoire for Black, which is being presented in a way that is easy to understand."

Martin Rieger, SchachWelt, on 'The Extreme Caro-Kann':
“A very good and honest opening book with serious and deep analysis. The many novelties and new ideas make this system a weapon that one should not underestimate.”

Richard Vedder, Schakers.info, on 'The Liberated Bishop's Defence':
"Here is your opportunity to score with a novelty!  (..) I find 'The Liberated Bishop Defence' an excellent opening book. I would give it a 9.9 (out of 10). Why not 10? Well, the diagram on page 195 isn't correct."